The Nlonako-Manenguba Mountain chain aligned along N-E to S-W axis separating West Africa from the Congo Basin. Mt. Nlonako area extends roughly from 4°49’-4°56’N and from 9°56’-10°01’E and Mt Muanenguba is an extensive mountain located between longitudes 587022- 600053m East and latitudes 559648-547907m North. The Nlonako-Muanenguba Mountains is characterized by high levels of endemism, especially among the amphibians and reptiles. Nlonako-Muanenguba Mountains harbor almost half of Cameroons’s amphibian diversity (200 species) and more than half of the most threatened Cameroonian frogs and toads.  Amongst these are three Critically Endangered amphibian species (Cardioglossatrifasciata, C. manengouba, Leptodactylodonnerythrogaster) only known from few sites on these mountains; while sixteen others are listed as Endangered and five as Vulnerable. The two fall among ERuDeF Cameroon mountains initiative which aims at conserving the rich biodiversity mountains of Cameroon, this mountains host most of the endemic species especially amphibians and reptiles. This landscapes host 182 species of amphibians.

ERuDeF is seeking support of 2.000.000.000F CFA to effectively carryout it conservation objectives in this landscape 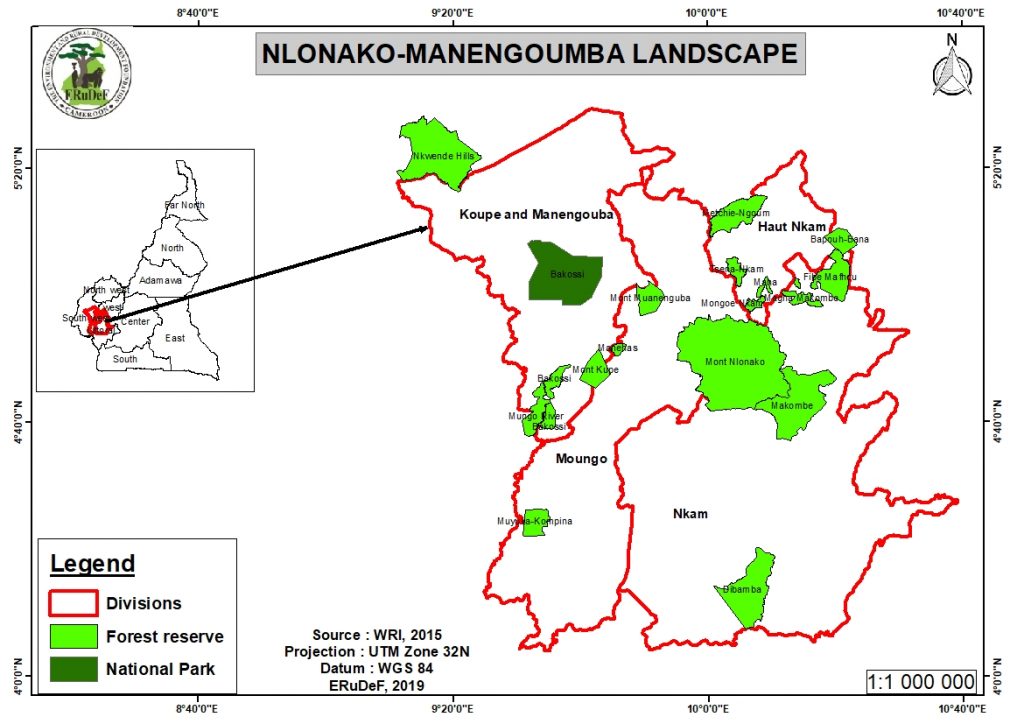 Projects in Lebialem highlands by Departments

The Department of Conservation

The Department of Forestry

The Department of Agriculture