End the Anglophone crisis in Cameroon 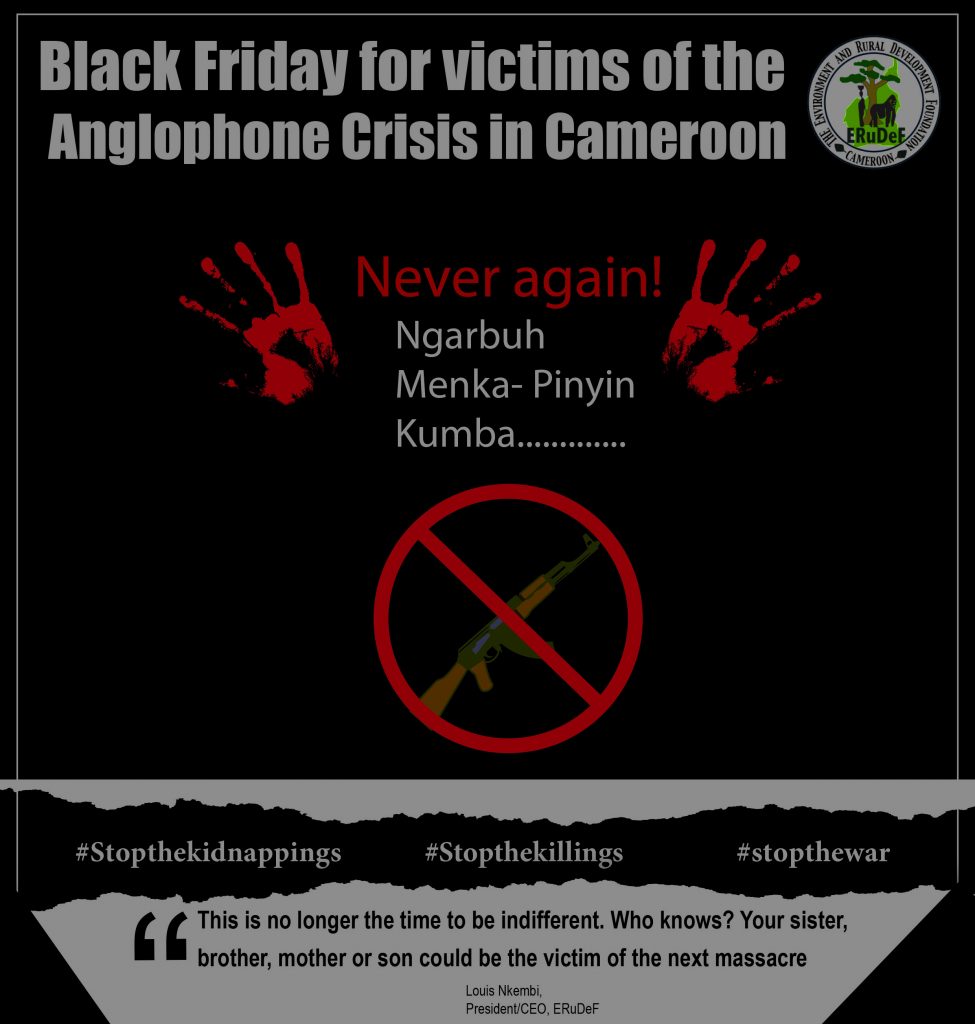 End the Anglophone crisis in Cameroon

Before the Kumba massacre, at least 13civilians were killed in a village called Ngarbuh, Northwest Region of Cameroon on the 14th of February 2020. After investigations, it was established that the killings were perpetrated by the Cameroon military. The casualties keep pilling, with no one having the slightest idea of when the crisis will end.

Following the Kumba Massacre, The Environment and Rural Development Foundation (ERuDeF) organized a press conference on the 30th of October 2020 to make her position known with regards to the Anglophone crisis in Cameroon. ERuDeF also used the occasion to sympathize with families of the victims of the brutal killings in Kumba. Black Friday campaigns was equally instituted by ERuDeF to mourn all the victims of the Anglophone crisis.

Civilians, especially women and children continue to pay the ultimate price as the 4-year long conflict continues to escalate. The UNHCR says there are over 60.000 Anglophone Cameroonians living in Nigeria as refugees. About 3000 have lost their lives and some have sort for refuge in bushes, living under horrible conditions. UNICEF reports that at least 600,000 children of school going age in Anglophone Cameroon are out of school as a result of the crisis. These figures are not only disturbing but make us to wonder what the future hold for these kids who are out of school as a result of a conflict they didn’t even start.

The President/CEO of ERuDeF, Louis Nkembi is quoted as saying “I think this is the time for our leaders to stand up and say enough is enough; not by using a military solution, not by making speeches but by sitting on the table and talking with those who are involved” Indeed it is only through dialogue that the crisis rocking Anglophone Cameroon can die a natural death.