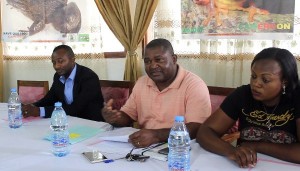 The President and Chief Executive Officer of the Environment and Rural Development Foundation (ERuDeF), Louis Nkembi, has underscored the need for drastic actions to be taken to save frog species in Cameroon. Speaking Saturday April 29, 2017, on the occasion of the 9th edition of the World Amphibians Day, the ERuDeF boss noted that frogs are declining at an exponential rate, and if nothing is done and on time, the species may become extinct. “Frogs or Amphibians in general is one of the taxa going into extinction at the fastest rate, compared to others. Amphibians worldwide are declining at an alarming rate with 32% of amphibian species threatened with extinction compared to 23% of mammals and 12% of birds. Approximately, 41% of the more than 7,400 amphibian species on the planet are threatened with extinction.So there’s a need to safe this species, otherwise, in the next decades, all the frogs will disappear from the world,” Mr. Nkembi stated.
The ERuDeF Boss said the urgent creation of protected areas within frogs habitats, will limit the level of hunting and disappearance of the species. “Most amphibians in Cameroon are found on mountains and hilltops like Nlonako, Munanenguba, Bamboutos, Oku, etc. Unfortunately, all of these hilltops are not protected. Moreover, there are no protected 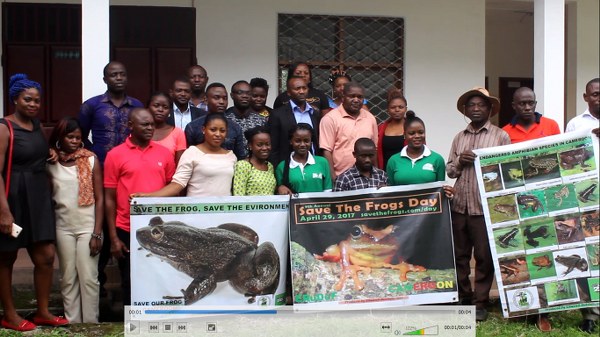 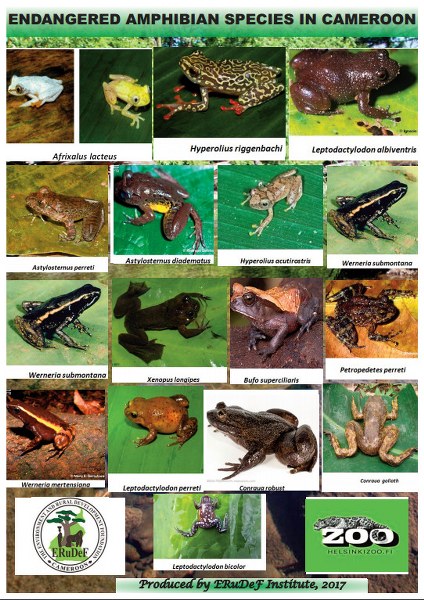 areas that are focused just for amphibians. We are using this forum to call on government to facilitate the creation of protected areas, especially in areas where we have largest frog concentrations. Mt. Nlonako, and Mt Muanenguba joined together, have the largest concentration of amphibians in Africa,” Louis Nkembi said. Elaborating on the threat level of amphibians in Cameroon, the Coordinator of the ERuDeF amphibians’ project, Grace Manka, said amphibians’ fast decline is caused by man’s unsustainable activities to the environment. “One of the main reasons why we are losing so many amphibians is overharvesting. About 20,000 frogs are being harvested every year in Cameroon. Also, when people cut down trees indiscriminately, amphibians lose their habitat. Applying a lot of pesticides on farms close to waterbodies, will kill especially frogs and toads. Diseases also facilitate the disappearance of frogs,” Grace Manka added. She underscored the importance of conserving frogs. “Frogs play an important role in nature as both predator and prey, sustaining the delicate balance of nature through the food web. Amphibian influence 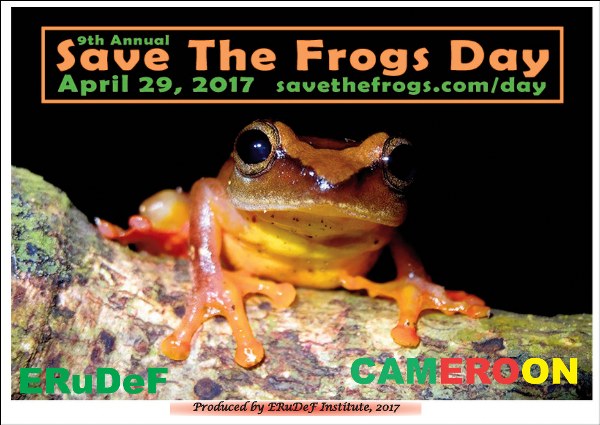 and alter disease transmission. Predatory amphibians have helped reduce the spread of mosquito-borne illness through predation and competition with mosquitoes. For example the frog Lysapsus limellus feeds on flies of the family Ephydridae, which carry human diseases in the tropics. In the tropics, more than 60 species of amphibians are used in traditional medicine, with the skin and fat of Rhinel lajimi, and Leptodacty lusvastus sold to treat from asthma, to skin ailments and tumors,” Grace Manka expounded. Besides these, she added that frogs contribute in regulating pest outbreaks and seed dispersal.

Meanwhile, researchers have developed numerous medical advances using amphibians. For example, antimicrobial peptides from frog skin secretions have shown the potential to inhibit infection and transfer of the Human Immunodeficiency Virus (HIV). Also speaking at the event, the representative of the Southwest Regional Delegate of Forestry and Wildlife, Epoh Frankline, applauded ERuDeF’s milestone in amphibian conservation. The event that took place at the Regional Delegation of Forestry and Wildlife, saw the participation of Amphibian experts, researchers, media practitioners, students of environment institutions, amongst others. A network codenamed Cameroon Amphibian Network, was formed at the end of the occasion, with new members promising to be committed to the betterment of amphibians in Cameroon. 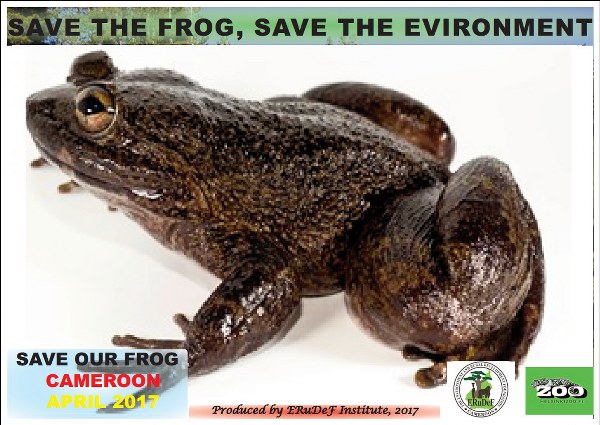