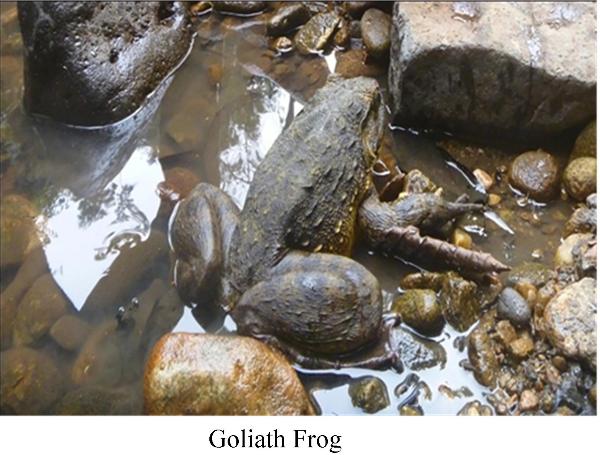 Mt. Nlonako is found in the Littoral Region of Cameroon and is located between 4°49’-4°56’N and from 9°56’-10°01’E encompassing approximately 15,000 ha (Herman et al). The western and northern flanks face the town of Nkongsamba, and the busy road between Douala and Bamenda. The slopes on this side are heavily cultivated with the forest destroyed up to an elevation of approximately 1,100 m. To the South and East however, the forest slopes are much less influenced by human activities. A vast lowland rainforest, encompassing several thousand km2, extends from the foothills of Mt. Nlonako reaching past Nkondjock in the East and Yabassi in the South.

Mt Nlonako, which is home to the world largest amphibians species most of which are listed Critically Endangered on the IUCN category of highest threat. One of such species is Conraua goliath (goliath frog) is face with the problem of over exploitation for food and pet trade and may become extinct in no distance time if stringent actions are not taken. 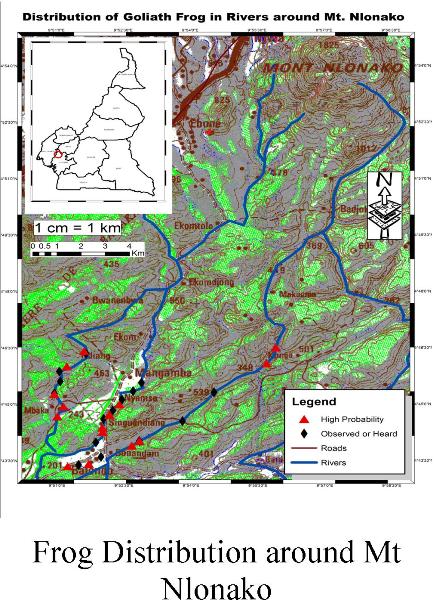 This is so because while conservation is increasingly a subject of international and national interest it remains marginal concept to local communities around Mt Nlonako due to limited or no knowledge of the importance of amphibians to the ecosystem. The villagers are not conscious of the importance of amphibians in reducing the spread of diseases such as malaria and yellow fever since they tend to feed on the larvae of these insects; and as bio indicators.

Anticipated Outcomes: Through socio economic survey, amphibians’ education in primary and secondary schools and amphibian surveys, this project seeks to improve knowledge and better the scientific understanding of globally threatened and endemic amphibians species, and uses such information for the long term conservation these species and their habitat. It also seeks to advocate for the legal protection of this amphibians hotspot to protect endemic and large amphibians species included but not limited to the Conraua goliath (goliath frog)

Achievements: ERuDeF Institute had conducted base line survey at Mt Nlonako adjacent communities during which community’s view on amphibian conservation and some possible threats on amphibians were known. Meanwhile ERuDeF Institute is conducting a biological and socio-economic surveys in this area in collaboration with…………………………… 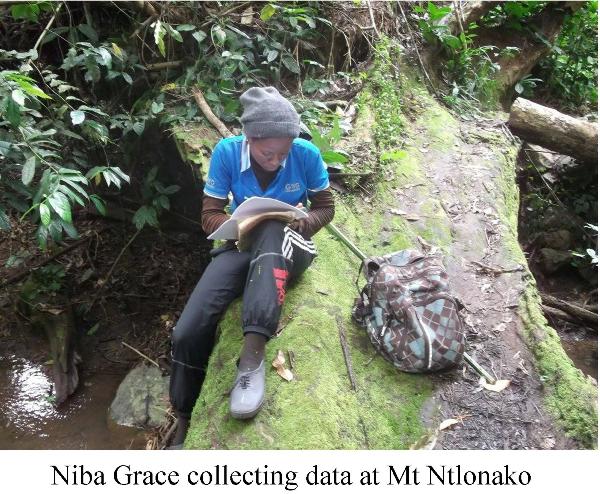 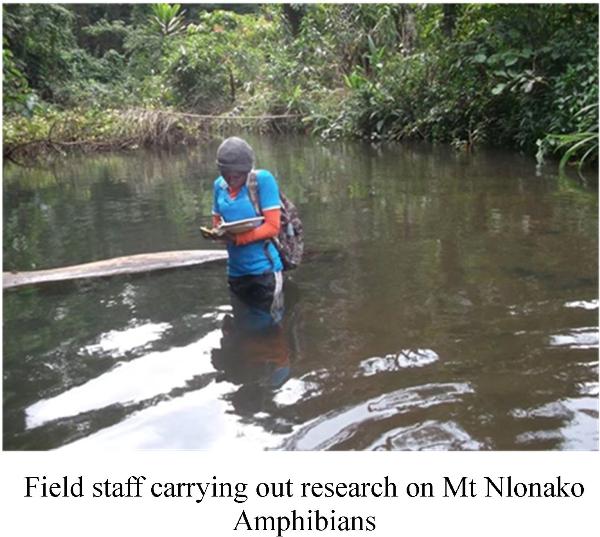