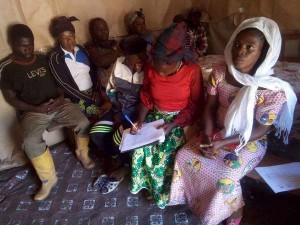 [/one_third]Some 72 from four villages situated on the Lebialem Division flank of Mt Bamboutos, have adopted the agroforestry technique of agriculture. This was during a 6-day sensitisation meeting carried out in all the villages recently.

The tour embarked on by the Lebialem Forestry Coordinator, Ntungwa Elong, was aimed at sensitising farmers of four chiefdoms adjacent to Mount Bamboutos on the importance of agro-forestry practises, for the PPI5 project.

According to the farmers, the agroforestry system is the best practice, suitable for farming in their area, where acquiring suitable land for agriculture is a problem. 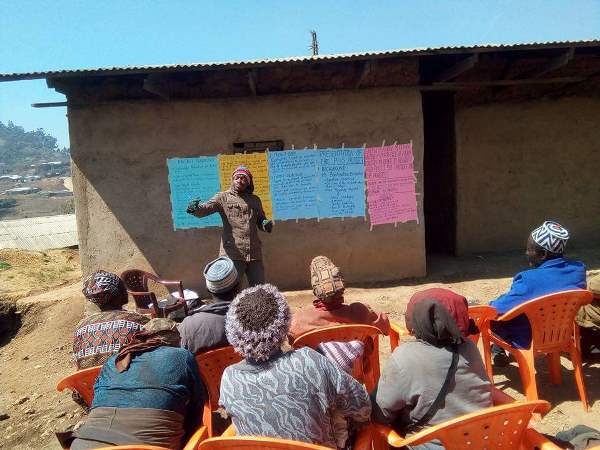 [/one_half]“We have a problem of suitable land to plant our crops. The landslides, coupled with too much stones, limit us to a particular area for farming. However, with the agroforestry technique, I can be able to invest in a small portion of land, and still get the required yields,” Pa Jerome Tongwa, one of the farmers said.

“We have learned quite a lot from this sensitisation meeting; we have learned about alley cropping, how to invest in a small portion of land with the agroforestry technique and still get the required results, and lot more,” Amy Nkafu confessed.

The Lebialem Forestry Coordinator, during this sensitisation tour, also underscored the importance of economic trees in the restoration of the degraded Mt Bamboutos.

“We will like to know the types of economic trees species that do well in this area. This is because such trees will beside helping in the restoration of the ecosystem also benefit you the farmers directly through the harvesting and selling of fruits from the trees,” Elong elucidated. 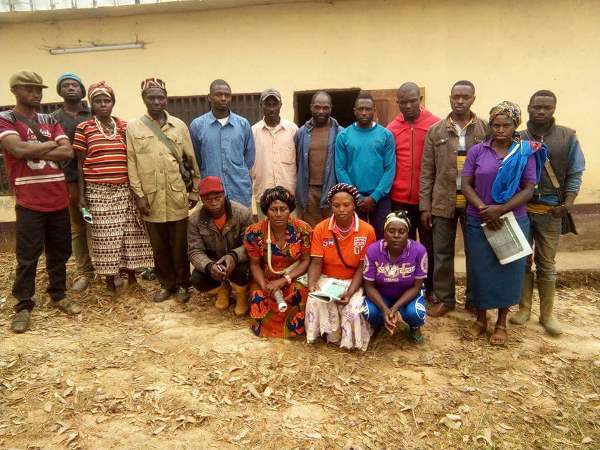 [/one_half]Mr. Elong equally used this opportunity to enlighten the farmers on the consequences of poor agricultural practices on the landscape. Such practices, according to him have led to water shortages, soil erosion, deadly landslides, climate change, biodiversity loss, low crop yields and poverty in many house hold around the mountain.

The sensitisation tour was carried out at part of the PPI-5 project, which seeks to contribute towards the restoration and conservation of the biodiversity of the Mt. Bamboutos ecosystem. It also seeks to improve on the living conditions of the local population. The project implementation is facilitated by the Environment and Rural Development Foundation (ERuDeF), with funds from IUCN.