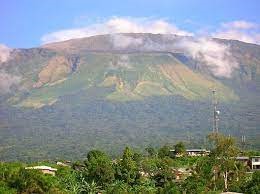 The Southwest Region of Cameroon is blessed with a variety of natural resources such as; forests, water bodies (waterfalls, rivers, lakes, and ocean), mountains and abundant wildlife species. These natural resources stand as touristic sites in Cameroon especially the Mount Cameroon that welcomes more than 4000 tourists annually for the Mount Cameroon race of hope. Moreover, climate in this region favors human habitation with temperature ranging from 16oC-26 oC and an annual rainfall of 1432.2 mm thus promoting agricultural practices. The presence of endemic wildlife (Cross river gorillas, chimpanzee, drills, pangolins and birds) has led to the creation of numerous protected areas for the conservation of these globally threatened wildlife species that also serve as touristic sites (MINFOF & WWF, 2006).

Over the past 2 decades, this region has been exposed to climate change as a result of Greenhouse Gaz (GHG) emission. Consequently, the population are facing abnormal recurrence of extreme weather phenomena such as violent winds, high temperatures, irregular rainfall, floods and landslides which endanger communities’ ecosystems and the services they provide. These environmental hazards are as a result of uncontrolled human activities which are not in conformity to environmental principles and disciplines, hence causing global warming. These activities include but not limited to deforestation, poor agricultural techniques, poor waste disposal, plastic pollution and the absence of infrastructural town planning.

There is much scientific evidence that climate change is responsible for; increase in epidemics, food and water scarcity, changes in temperature and precipitation, leading to droughts and floods, poor agricultural yields and malnutrition (P. Nde-Fon and J.C.N.Assob, 2013).

As climate change appears to be progressing too quickly for decisions to be delayed, we need to develop national and local climate change institutional frameworks to strengthen the coordination, networking and information flows at different levels of governments and local civil society to have better response to climate change eradication.

In response to this environmental crisis, ERuDeF seeks to reduce GHG emission in Southwest Cameroon through multi-partner cooperation and awareness raising. Specifically, we would;

Create a synergy of stake holders who have a common mission to fight against GHG emission,Raise the awareness of all GHG emitting sectors campaigns involving Civil Society Organizations (CSO),Increase stake holder’s commitment in the reduction of GHG through publication and production of documentaries.

The paper draws attention to the need to address the constraints of lack of awareness and poor flow of information on the potential quality environmental management strategies for climate change adaptation. 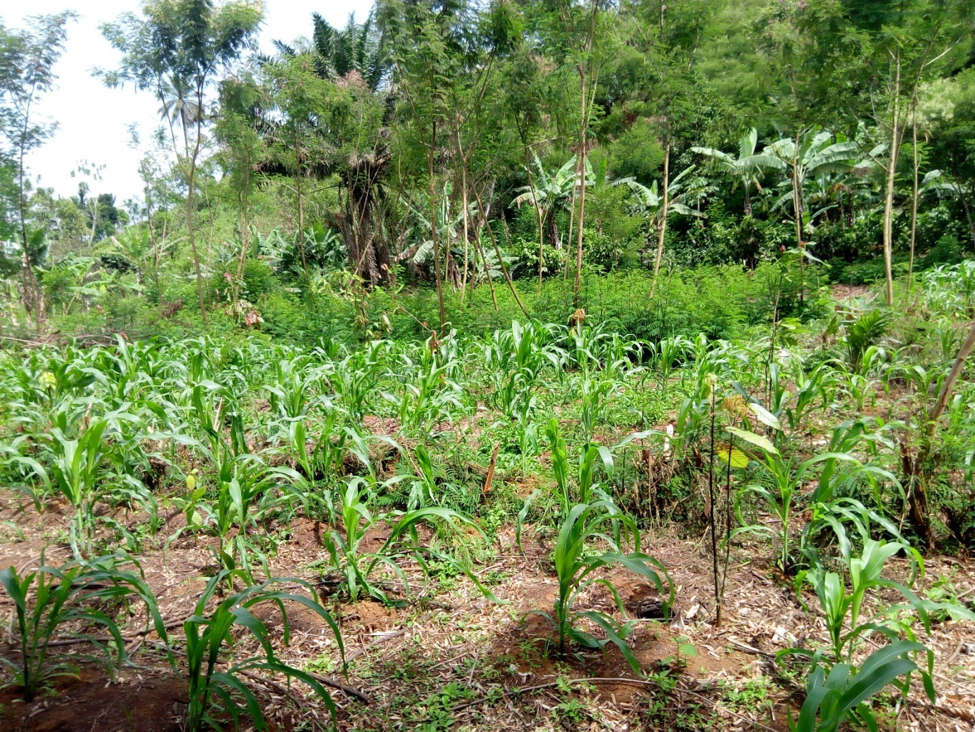 Agroforestry which is a science of integrated farming that includes trees, crops and animals on thesame piece of land, has proven to be a means through which poverty can be  reduced especially in rural communities.

During a recent impact assessment trip to Haut-Nkam, West Region of Cameroon by ERuDeF’s Director of Development and Philanthropy, farmers practicing agroforestry in this area attested they are witnessing a steady increase in yields.  These farmers are part of ERuDeF’s Forest Garden Project ongoing in the Mount Bamboutos landscape that cut across three administrative Regions of Cameroon.

Mrs. Gahatchamgoue Grace has been practicing agroforestry since ERuDeF introduced this system of agriculture in Haut-Nkam where she is based. “I have received training on agroforestry practices particularly by using the forest garden model from ERuDeF. My output has increased significantly since i diversified my farm, fodder (usually acacia) helps in increasing soil fertility, some of the trees like “neem” are very medicinal and the wood is used as fuel for cooking. I sell surpluses from crops harvested and earn additional income. This allows me to pay my children’s school fees with ease. Am very grateful to ERuDeF and her partners for introducing this life-changing system of agriculture in my area”, said Mrs. Gahatchamgoue Grace.

Agroforestry
has proven to be a system which is not only ecologically friendly but also
economically sound. This is very evident in Haut-Nkam where most households
depend solely on agriculture. Soil fertility has been improved considerably
given the diversification of crops. Incomes of farmers just like that of Mrs.
Gahatchamgoue Grace has increased substantially.

The
environment and Rural Development Foundation will continue to give technical
training as well as financial assistance to farmers willing to adopt this
system of Agriculture not only in Haut-Nkam but all over Cameroon.

“No! Despite the COVID-19
pandemic threatening us, we farmers of Ngui village will continue to plant
trees in our farms while ensuring every safety measures put in place by the government
of Cameroon are respected. No matter what it takes, we need to take care of our
farmlands” cried out Donfack Jacques, a farmer of Ngui community in Bafou
subdivision.

The outbreak of COVID-19 has hindered economic activities in
most countries around the world given the strict measures taken to reduce its
spread. These measures that include but not limited to staying at home and
social distancing have greatly affected the forest gardens community of the
west region. The preventive measures have not only slowed-down field activities
but demotivated some farmers to execute their planned activities.

Despite all the hindrances, some farmers, such as those of Bafou subdivision of Cameroon’s West Region, remain strongly engaged. They are determined to hit their tree planting targets for the season.

Donfack Jacques has been practicing forest gardening for two years and counting. He has received countless trainings from ERuDeF on how to setup and manage a forest Garden.  Donfack Jacques has several nurseries in which he nurses different species of fruit trees as well as fertilizer trees. “I can never abandon the nursing of fertilizer trees! I believe that these plants will help me to identify my boundaries and protect my crops against stray animals. The Acacia catechu trees will also protect my cabbages and potatoes from soil erosion and and degradation” 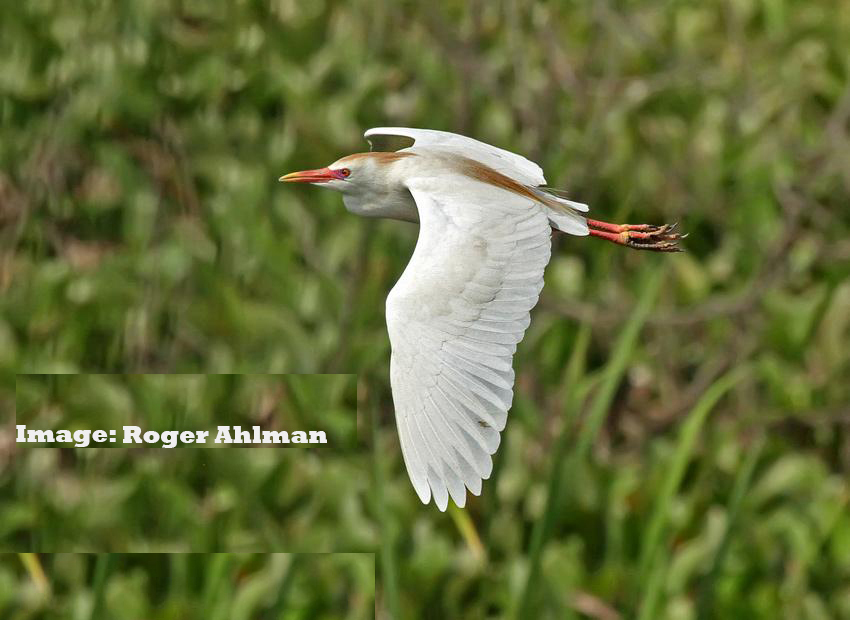 The Environment and Rural Development Foundation (ERuDeF), remains resolute in conserving, restoring and connecting the integrity of ecosystems that support the movement of migratory birds, that face many cahllenges as they connect the world.  ERuDeF honors these beautiful winged creatures, but also raises awareness on the need for international cooperation to conserve them.

Migratory birds undertake regular seasonal movement often north and south along flyway between breeding and wintering grounds. Today, migratory birds still face serious threat, from loss of habitat, climate change, poisoning, power lines, illegal hunting, pollution and natural disasters. ERuDeF is therefore taking this opportunity for world migratory bird’s day celebration, to call on each and every individual to step up actions and adopt sustainable natural use methods to better protect migratory birds and the habitats they need to survive and thrive.

According to the CEO of Wetlands International, Jane
Madgwick, disrupting ecological connectivity between wetlands has great
consequences for migratory water birds that travel great distances between
their breeding and non-breeding grounds. The theme of the World Migratory Bird
Day 2020 is “Birds Connect Our World”. This year’s theme was chosen in order to
highlight the importance of conservation and restoration of ecological
connectivity and integrity of ecosystems that support the movement of these
birds.

Important outdoor activities for World Migratory Bird Day are bird watching, awareness raising and clean-up campaigns. ERuDeF is an environmental non-profit Cameroonian NGO with the mission to conserve biodiversity and protect fragile environments through research, training, education and community engagements. To celebrate the WMBD 2020, it organized a bird watching tour in the secondary forest area behind the University of Buea. 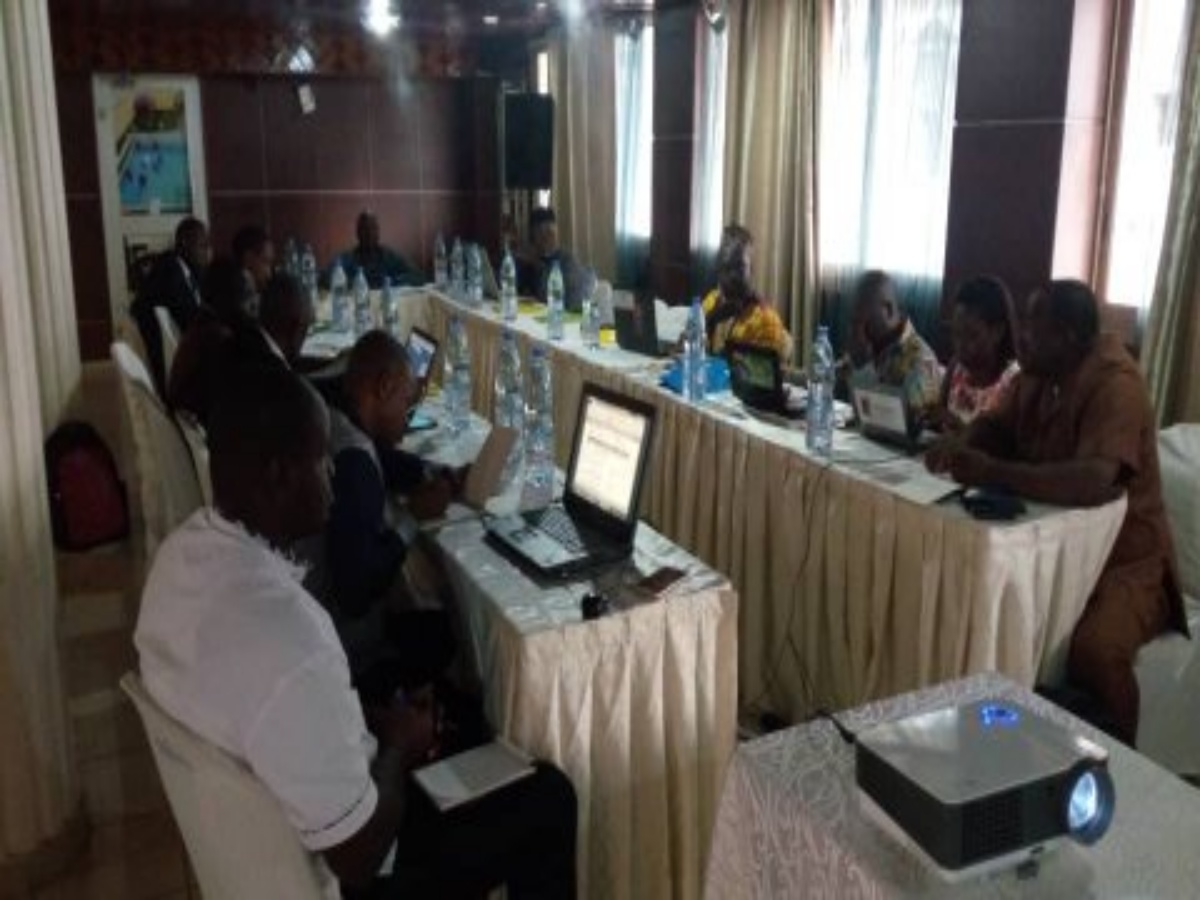 Following the invitation of the Minister of Environment, Nature Protection and Sustainable Development (MINEPDED), a technical coordination meeting was held on the 03rd May 2019at the conference hall of Afrik Hotel located in Douala. The meeting was chaired by the project Director (president) accompanied by the project National Coordinator PINESMAP-BPCE, Focal point for GEF, Focal point for Mangroves and a host of members of the technical working group in the presence of partners NGOs (ERuDeF, CHEDE Cooperatives, CWCS, OPED, FIDEPE and Cam – Eco)

The president in his opening address welcomed all those present. The project director also  termed the meeting as an extra ordinary session for project partners – technical partners, Project Management Unit (PMU), Technical Working Group (TWG) and the project administration, to investigate  issues facing the project after year one and derive solutions in order to achieve the project’s objectives. The aim of the agenda was to address challenges faced and examine the way forward. He reiterated that the meeting was a technical one to examine issues in order to progress with the project. The following thematic areas were addressed in each partner NGO’s presentation: Activities Planned, Activities Realized, Completion Rate, Principal Results, Challenges, Lessons Learned and planned activities for 2019.

The meeting rounded up on a positive note- partner NGOs promised to push forth their activities to overcome the challenges identified in order to achieve the objectives of the project. 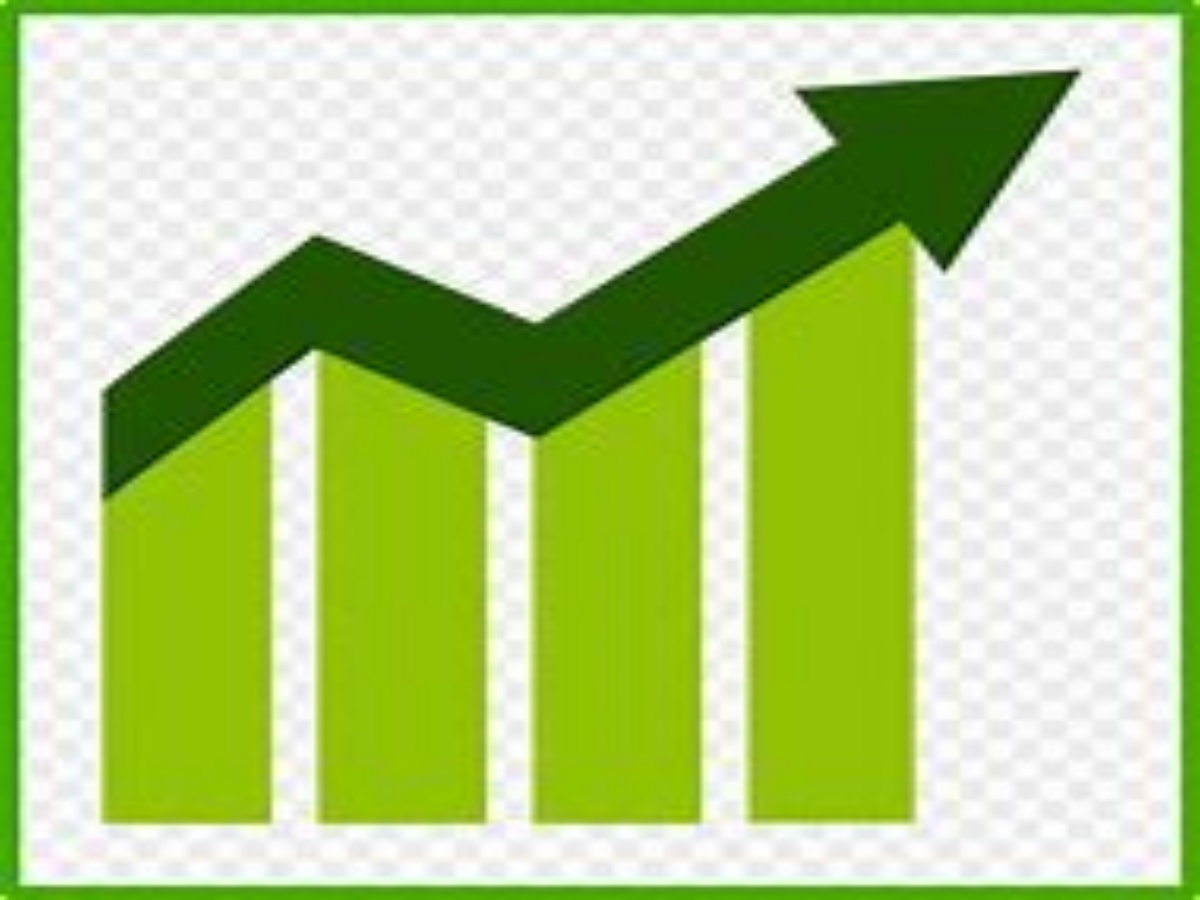 The Department of Economic Development (DED) of ERuDeF has taken on a new role; serving as a think-tank department. This new approach seeks to study different projects per landscape and propose them to global economic investors.

The aim of the Economic and financial analysis of landscape restoration, is to improve the sustainable management of biodiversity for each of the eleven (11) landscapes in which ERuDeF operates. This restoration process is executed through human welfare development and reduction of human pressure on key biodiversity targets. It is a two year initiative per landscape with three main implementation phases:

The first phase includes the prioritization survey, to determine the economic and financial analysis of five (5) identified economic trees product; together with the cost of the establishment of community based foundations and microfinance in each landscape. The second phase of the project includes all steps relevant for the establishment of a community enterprise through the identification of public private partnership support. The third phase includes the project implementation phases in each landscape and the sustainability strategy.

The perfect implementation of this holistic approach is feasible through the Public Private Partnership Initiative (PPPI).  This initiative is set up to support conservation issues with focus on households within the community.

The public-private partnership design in this new initiative, seeks to economically and financially empower households in biodiversity hotspots in order to fight hunger, create wealth and jobs, eradicate poverty, sustainably manage the natural environment as well as reduce the gender gap. The partnership uses the circular and integrated business approach as a solution to create a resilient local economy.

The ERuDeF
University Institute of Applied Biodiversity Sciences in collaboration with the
Environment and Rural Development Foundation (ERuDeF) are launching for the
2019/2020 academic year the recruitment of the following category of interns.

Recruits from the ERuDeF-NEF partnership programme
shall be paid following the regulation in force.

The selected
candidates under categories 1 and 2 shall undergo a 12 months training program
at the ERuDeF University Institute and a further 12 months field placement in
the ERuDeF field programme sites located across the national territory.

At the end of
the programme, the successful candidates shall be recruited into ERuDeF as
permanent staff.

Interested candidates should deposit their applications at the ERuDeF Institute campus at Mile 18 Junction-Buea or at the ERuDeF Head office (Civil Society Building) Checkpoint, Buea,

All application files should be composed of the following;

i) an
application form collected from the ERuDeF offices and or downloaded from its
website; ii) a non-refundable fee of
20,000CFA; iii) a CV;  iv)
an attestation of experience from recent graduates if available; v) a reference statement letter from a
professor for current students; vi)
a commitment letter to complete the training programme.

The funding of
the program tuition shall be supported by ERuDeF and its partners, including
NEF.

However, the trainees’
field costs shall be covered by the trainee themselves.

The training
program begins from the 1st of October 2019.

ERuDeF is an equal opportunity employer regardless of sex, religion, and race

The Environment and Rural Development Foundation (ERuDeF) is mapping out strategies for the extension of Threatened Trees Project to other mountains in Cameroon beginning with Mt. Oku. Threatened Tree project seeks to protect and restore the populations of IUCN red listed trees in the Cameroon Mountains through independent actions of local institutions. Launched in 2011, … Read more