As Cameroon government backtracks on logging concession of Ebo Forest: what next? 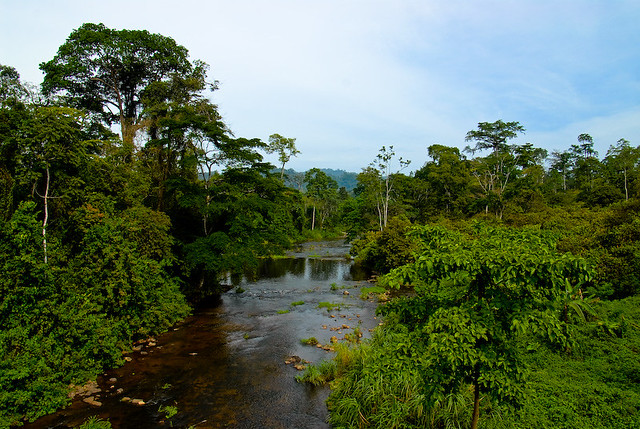 As Cameroon government backtracks on logging concession of Ebo Forest: what next?

-The forest is one of the few pristine forest in Central Africa located in Southwestern Cameroon, precisely in the Littoral Region of Cameroon

-40 indigenous communities including the Banen tribe consider Ebo forest as their ancestral home.

Conservators in and out of Cameroon heaved a sigh of relief after the government of Cameroon reversed her decision to give 68,385 ha of the biodiversity rich-Ebo forest for logging purposes.

On July 23, 2020, the Prime Minister of Cameroon signed a decree approving the logging of 68,385 ha of the virgin Ebo forest. This decision which conservators described as a death sentence to the Western gorillas, Cameroon –Nigeria Chimpanzees and a host of other endangered species and plants caused a lot of outrage across the globe. The government of Cameroon maintained that the decision will bring wealth and job opportunities to the local communities. It was reported that the Prime Minister of Cameroon ignored the aspirations of the 40 local communities that border the biodiversity rich Ebo Forest.

In an Interview the Cameroon’s minister of Forestry and Wildlife, Jules Doret Ndongo maintains that the Cameroon has “enough” protected areas and the decree doesn’t mean that all trees will be cut down … the United Nations obliges countries to keep at least 12% of their national territory as protected areas; Cameroon is already at 30%,”. “Logging” the minister continues “is governed by instruments that allow for the protection of biodiversity in general and wildlife in particular … which highlights the ‘Government’s ecological awareness’ and its concern for the preservation of the country’s wildlife resources,”

On August 11, 2020, the government of Cameroon in a dramatic U-turn annulled the decision to log Ebo forest. This decision was welcomed by many, amongst which was the CEO of the Environment and Rural Development Foundation (ERuDeF), Louis Nkembi.

The CEO of ERuDeF who has been working for more than two decades in protecting endangered wildlife and plant species described the decision as a “big win for conservators”. Hear him “I welcome Cameroon’s government’s decision to annul logging concession of Ebo forest. The decision means saving the last endangered Nigeria-Cameroon Chimpanzees, Western gorillas and a host of other endangered species which my organization has been working for more than two decades to protect. Species are increasingly loosing their habitats. Habitat fragmentation continue to lead to inbreeding which makes species genetically weak” According to the CEO of ERuDeF, the government of Cameroon together with conservation organizations and the local communities around the forest need to develop an inclusive land use planning that will guarantee the future conservation of this pristine forest. It should be noted that Ebo forest   holds an estimated 35 million tons of carbon.

While conservationists continue to celebrate their recent victory, there are worries that these celebrations may only be momentary. There is a need for an inclusive land use planning in this key biodiversity hotspot in Cameroon.  The government of Cameroon must take practical steps in resettling those who were displaced from this forest decade ago as a result of war that ensued after the independence of Cameroon in the early 60s. The Banen people for example have launched a campaign to return their roots-Ebo forest. “We have always lived in harmony with this forest and its diversity, but people just want to make money… Much of our history can still be found in the forest”, Chief Victor Yetina, a ruler in the Banen clan is quoted as saying to The Guardian. The “what next?” question must be answered now or never…#savetheeboforest.