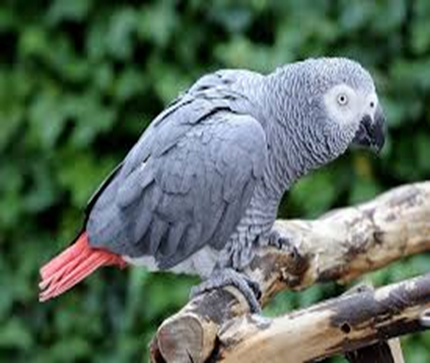 This area is home to at least 40 species of large mammal(Diangha,2015)  among the species, the most northern population of western lowland gorillas inhabit this area and occurs at higher density than in most sites in the East Region of Cameroon (Ambahe et al. 2011). A population survey conducted around the project area revealed that   more than 300 western lowland gorillas and 600 chimpanzees live within the National Park (Ambahe et al. 2011, Stautner and Delaney 2011).

The area also harbors many water dwelling mammals, hippopotamus and swamp otter which are rare species in Cameroon.  In addition to mammals, sixty species of fish belonging to 16 families and mostly Mormyridae and the Cyprinidae are common in the Lom and Pangar Rivers (COTCO 2012). The park host three important bird species namely the African gray parrots, Bates’swaever and Grey- necked rock fowls. The forest flora is however, dominated by commercially valuable Triplochiton scleroxylon, which are heavily targeted for exploitation throughout their range in the east region.

1.            Lack of good governance: The presence of porous government of Cameroon forestry and wildlife policies in the region have granted permission of hotly contested open bush meat markets in the region. This has led to the high demand of bush meat in the area.

2.            Population influx: The presence of Economic Operators and external development bodies such as Cameroon Oil Transportation Company (COTCO), Electricity Development Cooperation (EDC), refugees from Central African Republic as well as forestry exploitation companies have together led to a seasonal influx of people into the project area.

3.            Forest conversion to farm: This has cause encroachment in the forest and the conversion of forest into farmlands. More so communities lack knowledge of improve agricultural techniques so they tend to move to new lands for cultivation abandoning the old farms (shifting Cultivation).

5.            Increased exploitation of timber resources both for commercial and local consumption is also exerting pressure on the area.

6.            Suppressed and marginalized local economy. This is of very serious concern and the principal driver behind rampant and rapid forest conversion to farms and poaching given that locals earn less than 1USD per day. Addressing the drivers of the suppressed economy and poverty will substantially address the major threats to conservation in this conservation complex.

All of the above threats exist to some degree in the actual project sites and threaten to increase fragmentation of the forest blocks linking DDNP to Belabo Council Forest.  Without providing an urgent solution to protecting the DDNP – Belabo corridor, endangered species within the NP including over 400 western lowland gorillas and greater numbers of other IUCN Red list species (chimpanzees, elephants, etc) may encounter difficulties in migrating southwards to other protected forests contributing to the occurrence of inbreeding and potentially leading to increased human – wildlife conflicts.

Furthermore, the cycle of poverty in the villages associated to the proposed CFRs has led to increased exploitation of forest resources. Local people harvest wildlife species such as Pangolin, duikers,Red River Hog and to a smaller extend apes, as a source of protein in their diet and also for commercial purposes to increase house hold income. Timber species are harvested for commercial purpose, construction and furniture. Non timber forest products such as Vocanga Africana are also harvested in an unsustainable fashion.

The goal of the project is to preserve good quality forest habitats between two already existing protected areas (: Deng Deng National Park and Belabo Council Forest) for the maintenance and/or enhancement of suitable conditions for the movement of endangered species and prevent occurrences of inbreeding.  Specifically, this project will strengthen the management of the Deng Deng National Park by effectively managing the two community forests created via simple management plans developed in full consultation with the local communities and the local ministries as well as other stakeholders.