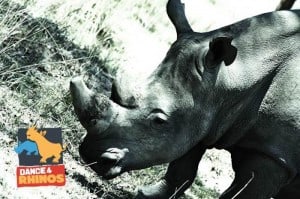 Cameroon might have lost its Rhino to poaching and other devastating human actions, but that has not stopped conservationists in Cameroon to put their voices together to commemorate the International day for Rhinos come September 22.

This explains why the Environment and Rural Development Foundation (ERuDeF) will be joining other nations across the world to call for the protection of all the different species of rhino through a colourful dance presentation come September 20 in Buea, SW Cameroon.

Three dancing groups made up of over 50 persons dressed in t-shirts carrying the pictures of rhino will stage a powerful cultural dance presentation in Buea. These dancers will also sing songs with messages calling for the international community to join forces and safe the remaining species of rhino in the world. They will also brandish flyers carrying messages and pictures of rhinos.

The Bamumbu Cultural Dance, Ndungated Cultural Meeting and the Essoh-Attah Cultural Dance Groups are selected from villages adjacent to some key proposed sites notably the proposed Tofala Hill Wildlife Sanctuary and the Mak-Betchou Wildlife Sanctuary. These sites host endangered species such as the Cross River Gorilla, Chimpanzees, Elephants and a host of other threatened species. They are going to raise their voices and dance for the rhinos, while at the same time calling on the government of Cameroon to speed up the creation process of the these proposed sites to provide a safe haven for the endangered species therein.

In order to give this event the pomp in deserves, different print and audiovisual media organs are going to be present to cover and broadcast this event including the country’s national media the CRTV, other private media include STV, Canal 2 Televison, Equinox TV, Mt Cameroon FM, The Post Newspaper and The Green Vision Newspaper.

Prior to this day, there is going to be a banner hung at the center of the town on Buea announcing the celebration of this day