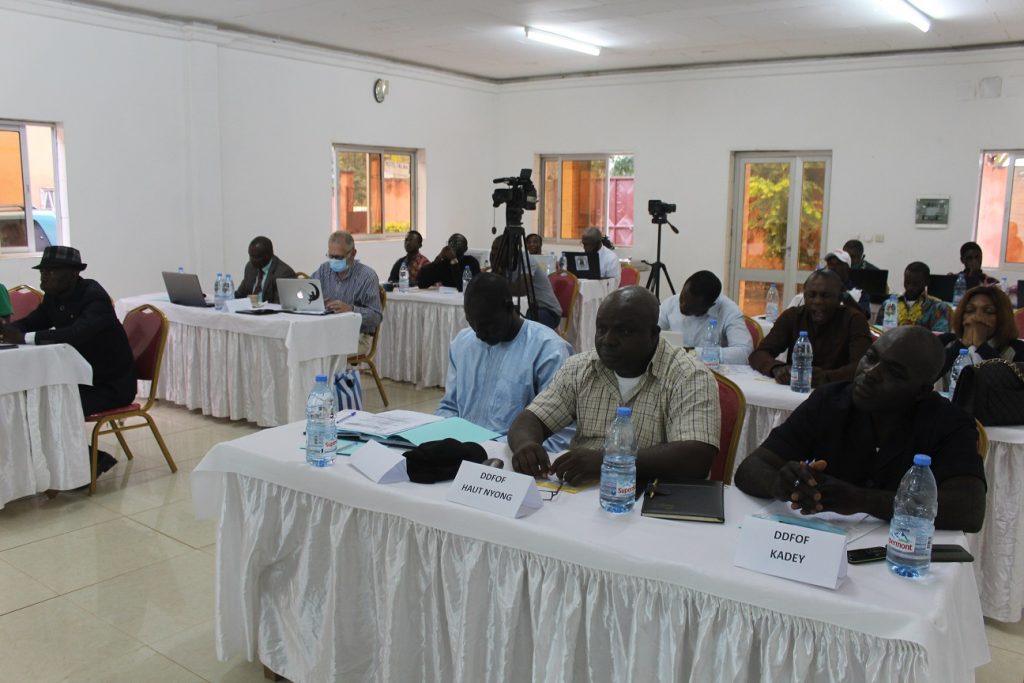 The Environment and Rural Development Foundation (ERuDeF) in its mission to save the Western Lowland Gorillas, other species and impact lives, recently reached another milestone, after the launching of the steering committee of the Deng Deng-Belabo project on Tuesday October 13, 2020 in the East region of Cameroon, Bertoua. This meeting brought together local authorities, NGOs, government officials and other stakeholders, ensuring the effective Implementation of the Project.

ERuDeF has been working tirelessly in communities within Deng Deng to Belabo, to create two Community Forest Reserves respectively of 5,000 ha and 4,588 ha, to preserve a vital corridor between Deng Deng National Park (DDNP) and Belabo Council Forest in Eastern Cameroon. This forested link is currently threatened by habitat loss from timber extraction and clearance for subsistence farming. The project is needed in order to preserve the forest habitat for a wealth of resident endangered species including but not limited to the Western Lowland Gorilla, Central Chimpanzee, African Forest Elephant and two species of Pangolins (Giant and White Bellied Pangolin).

According to the Regional Delegate for Forestry and Wildlife, George Amougou, who chaired the meeting, their main objective is to increase the protection of Wildlife. “There is a new initiative already practiced by other countries, which is to join all protected areas by a corridor. This corridor must be protected to stop the destruction of our wildlife. This is a very great ambition that will need to take into consideration  all actors and sensitizing our population. We are hoping for the best”.

The President/CEO of ERuDeF  Louis Nkembi noted that, the project seeks to put in place a continuous forest platform from Deng Deng National Park down to Dja Reserve, where these animals could get down to Dja and back to Deng Deng, and even going right far into the other central African States where the governments of the countries are putting together the same platforms to support  the integral management of biodiversity especially the migratory specie. “When the animals stay in the same location, it will lead to genetic isolation and inbreeding which begins to reduce the genetic strands of the animals, and eventually they might  all die. We want to make sure the different sub populations of these species are able to interact with other sub populations of different locations. We  have to bring together all stakeholders on the same platform in order for them to understand the project for all of us to promote sustainable development for our own benefits.  This steering committee is very important so we could put the various opinions together and address them.” He stressed.

Two new community forest reserves will be gazetted as an outcome of the project along with the approval of two simple management plans. The impact of this will be to support continued survival of critically endangered species and prevent fragmentation of the forest blocks from southern Deng Deng National Park and improve conservation awareness and practices amongst local communities. Local communities will manage the benefits derived from the forest through sustainable harvest practices bounded by the management and business plans.