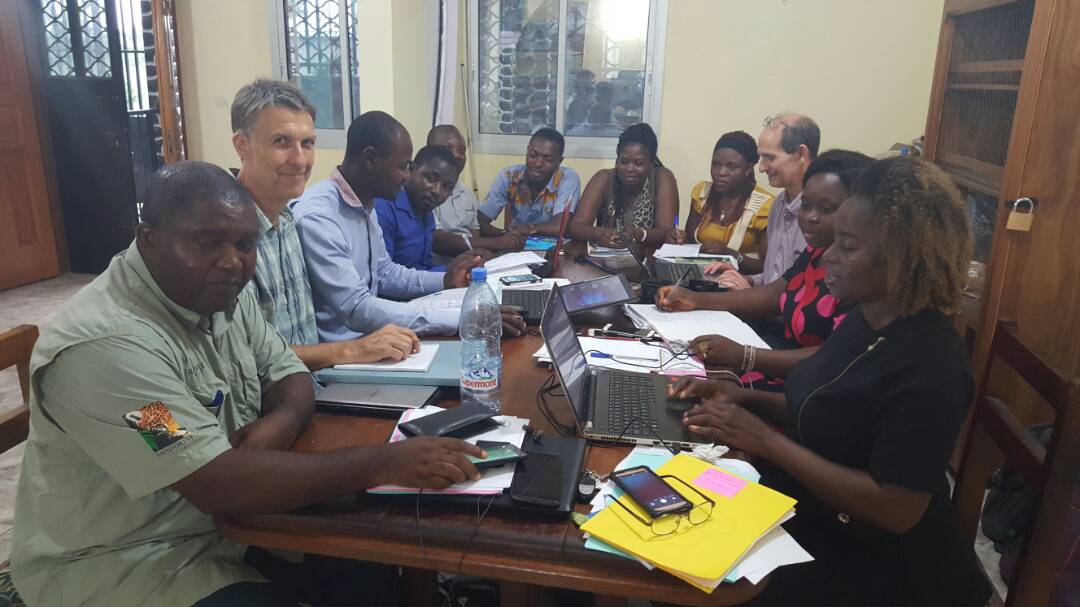 One of the world’s pioneer environmental organisation, International Tree Foundation (ITF) has joined forces with the Environment and Rural Development Foundation (ERuDeF) to restore over 35,000 ha of the degraded landscape of the Mt. Bamboutos ecosystem through the planting of 15 million trees within the next 15 years. This move aligns with Cameroon Government’s 2017 pledge to the Bonn Challenge that is to restore over 12 million ha of degraded landscapes by 2030.Dubbed the Mount Bamboutos Initiative (MBI), the principal goal of the project is to restore the biodiversity and ecosystem functions of the Mt Bamboutos ecosystem, while securing the livelihoods of the local and indigenous communities.

The project, which will also culminate in ensuring food security and economic resilience for over 30,000 households in the Mt. Bamboutos area while integrating women & gender considerations up stream, is divided into three phases of five years each. Information gathered from the project team, June 13, 2018 reveals that the first phase of the project, to run from 2018 to 2022, will be launched in July 2018. This phase of MBI, according to the project document handed to The Green Vision recently, will amongst others ensure that food security and economic resilience systems integrating women & gender considerations is attained for 10,000 persons up stream. It will also bring about the restoration of about 20,000 ha of the degraded landscape of Mt. Bamboutos with over 8 million trees planted in riparian forests, community/sacred forests, water catchments, farmers’ fields and designated area of biodiversity reserve to support wide ranging ecosystem services. 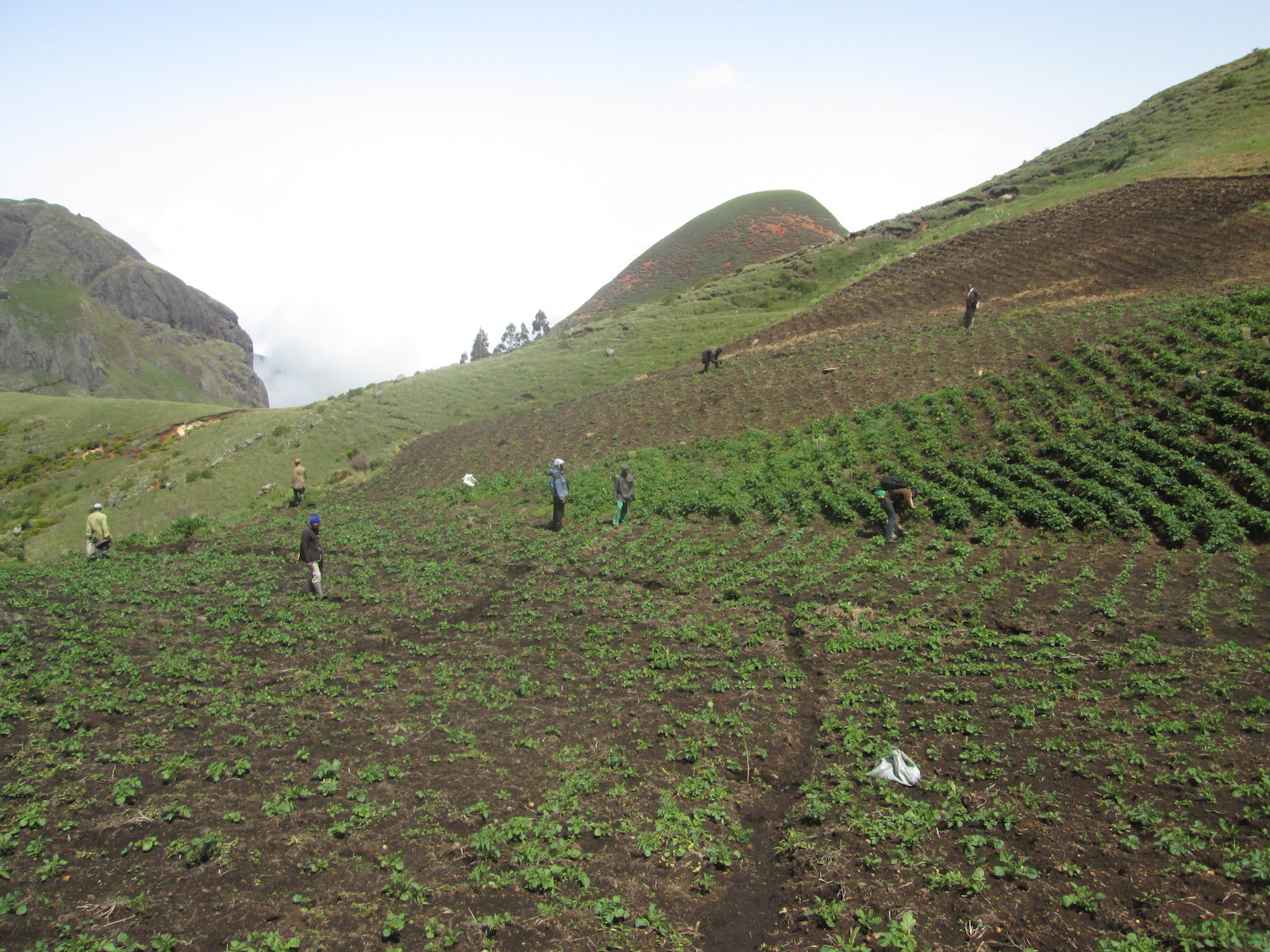 Meanwhile, the second phase of the project, to run from 2023 to 2027, will ensure that food security and economic resilience systems integrating women & gender considerations is attained for 15,000 persons up stream. This phase will equally culminate in restoring about 15,000 ha of the degraded landscape of Mt. Bamboutos with over 7 million trees planted in riparian forests, community/sacred forests, water catchments, farmers’ fields and designated area of biodiversity reserve to support wide ranging ecosystem services. The Mt. Bamboutos biodiversity reserve will equally be created during this phase of the project covering at least 19000 ha. The biodiversity reserve to be created shall fall into IUCN categories 4-6.

It will constitute a mosaic of a forest core zone, linked to a series of community forests, riparian forests, sacred forests, private individual forests estates as well as substantial areas of agro-forests interspersed with agriculture and settlements. The creation of the reserve is not therefore intended to displace people from where they live at present, but to enable a balanced interaction between people and nature. Changes in land use (agriculture, grazing, settlement, community forestry and protected areas) will only take place as a result of a genuinely participatory land use planning process that will end up with the validation and approval of a participatory integrated conservation and development plan for the mountain ecosystem.De

The last phase of the project, which will run from 2024 to 2028, will see through the elaboration of an integrated conservation and development plan for the sustainable management of the Mount Bamboutos biodiversity reserve. A long term sustainable funding mechanism will also be put in place and a conservation trust fund established to ensure that the benefits of the initiative can be sustained into the longer term.

How it all Started

Speaking to The Green Vision recently, ERuDeF’s President/CEO explained how this 15 year project started. “I have been working on restoration programs in other countries for the last couple of years and when I travelled to Asia and East Africa, I had the opportunity to visit similar restoration programs and it took these organisations approximately 15 years to restore completely degraded landscapes from scratch to completely reforested and economically productive landscapes. Based on this experience, I became motivated in thinking that I had to design a similar program for a similar landscape in Cameroon, and  the first landscape that came into my mind was  the Mount Bamboutous. I started years back putting together data information that would be required to make this a reality and finally came out with a final concept in 2016,” the ERuDeF boss narrated.

Having put in place his “concept” for the restoration of the degraded Mount Bamboutos landscape, Mr. Nkembi started scouting international support and partnership. It is in this scouting venture that he met with his one time partner and agreed to join forces for the restoration of the Mount Bamboutos landscape as the Chief Executive of ITF, Andy Egan, corroborated.

“Since our project ended with ERuDeF in Cameroon, we have had regular contacts with the President/CEO of ERuDeF, Louis Nkembi, and discussions about trying to find a good large scale initiative which we could collaborate on. Over a year ago, Louis came to visit me, and we discussed the beginnings of the Mount Bamboutous Initiative; we clearly had shared values, approach, and interest in working together to develop a large scale/long term ecosystem initiative to help restore the Mount Bamboutous ecosystem and equally to provide sustainable livelihoods to the local communities that live around Mount Bamboutous,” he expounded. The jointly elaborated Initiative, according to the ERuDeF and ITF bosses, culminated in getting financial support from TreeSisters and Darwin Initiative for the first phase of the project.

In a bid to ensure a successful project implementation, ERuDeF and ITF organized a working session at the ERuDeF Head Office in Buea, June 13, 2018 with all the staff involve in the direct implementation of the project at ERuDeF. The working session sought to cement the ITF-ERuDeF partnership and fine-tune strategies for the effective realization of the project goal. During this session, different committees/groups were created for effective governance (planning, implementation, monitoring and evaluation) of the project. These groups/committees included the MBI Board, Regional Steering Groups, Partnership Management Group, MBI Project Management Team and the Advisory Board.

The MBI Board will meet annually at Policy level, to review overall progress, identify issues and opportunities, and mobilize resources.  The steering groups will meet monthly to monitor progress against action plans, identify and address issues and opportunities. . The advisory Board is constituted of national and international specialists in: Citizen engagement, Women’s empowerment, Ecosystem restoration, Biodiversity, Agroforestry, Agro-ecology, Organic farming, NTFPs, Tree domestication, Forest and Land use Governance, Pastoralism etc. They will meet at least annually to advise the initiative. The MBI Project Management Team made up of ERuDeF and ITF Project Managers, Chief Finance and Communication Officers, will meet monthly to plan and review progress against action plans, reporting and finance.

It was also agreed during the working session that local communities be involved in the planning, monitoring and evaluation of project activities/results. Meanwhile the capacity needs of ERuDeF local implementing organisations will be assessed and built for effective project delivery.

Beside governance, other issues pertaining to the effective implementation of the project like financial disbursement and reporting, communication, project plan/timeline, gender, monitoring and evaluation, corruption & fraud and others, were also ironed out. Meanwhile the official launch of the project was slated for July 2018.

Mount Bamboutos, which is part of the Cameroon Mountains represents a key watershed, supplying at least one third of water feeding the major hydro-power system in Cameroon at Edea. The Mountain, which is the third highest in West Africa (2,740 metres high), after Mount Cameroon (4,095 metres) and Mount Oku (3,100 metres) respectively, gives rise to several rivers and lakes across the country including the Mbam  and Mifi tributaries. River Manyu that drains into the Cross River, and Menoua that drains into Nkam and Wouri rivers, all stem from this mountain.

Designated by the Cameroon Government in 2009 as a proposed Integral Ecological Reserve, Mt Bamboutos constitutes part of the Cameroon Mountains Endemic Bird Area having a high degree of endemism and biodiversity. Some very important biodiversity species restricted to this ecosystem include but not limited to the primate Preuss’ Guenon (Cercopithecus preussi),  Coopers Mountain Squirrel (Paraxerus cooperi), the Banded wattle-eye, (Platysteira laticincta) and  Bannerman’s Turaco, (Tauraco bannermani) as well as green monkeys. Other species include the endangered Cross River gorillas (Gorilla gorilla diehli) and the Nigeria-Cameroon chimpanzees (Pan troglodytes ellioti).

This ecosystem also plays host to viable populations of species from many other taxa, especially insects, plants, reptiles, amphibians, small mammals and many bird species most of which have not received any scientific studies. Besides its biodiversity uniqueness, this mountain remains the only ecosystem in the country cutting across three administrative Regions including West, South West and North West, involving 14 villages with a population of over 30,000 people.

Most of these people depend on the mountain and its natural resources for their livelihoods; they practice slash-and-burn to make way for farmland leading to high rates of deforestation, destruction of water catchments, disappearance of fuel wood and loss in soil fertility. For instance, the Mt Bamboutos that used to host a substantial population of Prunus africana, has in under 20 years lost the totality of this population due to high unsustainable exploitation of the plant by both industrial companies and individuals.

The aftermath of these myopic anthropogenic activities was a landslide in 2003, which killed 20 persons displacing over 3000 and destroying livestock, farmlands and other valuable possessions valued at $421,000. Since 2003, there have been a number of interventions by both the Cameroon Government via its Ministry of Forestry and Wildlife, and national NGOs including the Environment and Rural Development Foundation (ERuDeF) to safe the biodiversity and ecosystem of this mountain. For instance since 2007, the Ministry of Forestry and Wildlife (MINFOF) has in line with her National Reforestation Programme, supported the reforestation of the Bamboutos flank of the mountain through her Regional Delegation.

Meanwhile, ERuDeF has since the early 2000s been carrying out various reforestoration, conservation and natural resources management projects in this area. The organisation in the early 2000s carried out a survey on the plants, birds and wildlife of Mount Bamboutos. In 2005, ERuDeF with support from the International Tree Foundation, reforested the Fomenji/Magha-Bamumbu flank of the mountain with over 5.000 trees. This was followed by another tree planting programme in 2013 by the organisation with support from Lea Nature and French embassy of Cameroon. This saw the planting of over 12.000 trees still along the Fomenji/Magha-Bamumbu flank of the mountain.

With support from the UNDP GEF Small Grants Programme, Mane Foundation, Man & Nature and the French Embassy, ERuDeF has since 2012 been executing a pilot programme on the implementation of the Access and Benefit Sharing (ABS) Initiative in Cameroon under the auspices of the Ministry of Environment, Protection of Nature and Sustainable Development (MINEPDED) in Magha area. On her part, ACREST with the support of IUCN is supporting a small scale reforestation scheme on a section of the mountain from the Bamboutos Division. Since 2003, no major conservation development programme has been ongoing but for the conservation of the Cross River gorillas and the Nigeria-Cameroon Chimpanzees carried out by ERuDeF in the Tofala Hill Wildlife Sanctuary, created in 2014.