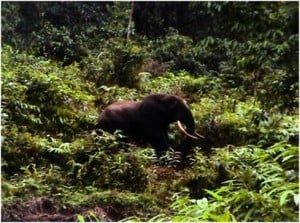 Recent field expeditions show that not all these protected areas are connected by properly demarcated and well managed corridors through which these species could migrate easily.

Recent killings of these species trying to migrate through porous corridors have scared most the species to remain in their respective protected areas. 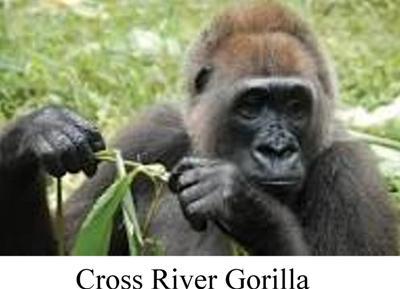 An average of 60 elephant tusks are seized monthly from traffickers in the Southwest Region. Meanwhile, it has become very difficult to encounter the Cross River Gorilla in protected areas. Poaching activities in the Region have isolated the sub-populations of Forest Elephants and Cross River Gorillas. These species suffer habitat fragmentation since most corridors in the Southwest Region are characterized by anthropogenic activities, forcing the animals to take refuge inside protected areas; a situation that encourages inbreeding. There is thus, the urgent need to identify and properly manage corridors through which Forest Elephant and Cross River Gorilla sub-populations migrate. There will certainly be inbreeding amongst these species in the nearest future if the corridors between their areas of migration are not identified and managed.

This particular project, if well implemented through the above parameters with different activities, will go a long way in linking the sub-populations of Forest Elephants and Cross River Gorillas in the Southwest Region of Cameroon. This will span for the next five years and will cost for long-term linkage of the sub-populations, 842519 GBP.