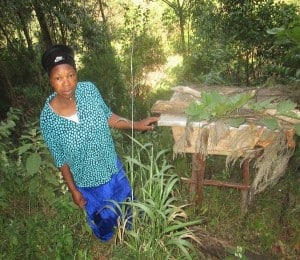 [/one_third]Apiculture is one of the economic activities the Environment and Rural Development Foundation (ERuDeF) and Mane Foundation have put in place under the Access and Benefit Sharing (ABS) project to improve the livelihoods of people living in Magha-Bamumbu, and other parts of the country.

One of these women is Madam Nkemchop Helen. The woman picked up bee farming first as a hobby and later as a full time business after being nurtured by the ERuDeF. She says bee farming has largely improved her household income.

“I first got attracted to bee farming when I attended a training workshop organised by ERuDeF in Magha-Bamumbu. I and some other people benefited from some hives donated by this organisation. After I started reaping some benefits from the hives I received, I decided to open more, which now generation some income for my family up-keep,” Mme Helen Nkemchop said.

Gaining inspiration from a training on apiculture by ERuDeF, Mme Nkemchop has planted food crops around her apiary to boost honey production.

“I have planted some food crops around my hives, which have given enough nectar for the bees around. These bees after harvesting their food, come around my hives and produce large quantities of honey. This technique was introduced to us, by a team from ERuDeF,” she expounded. 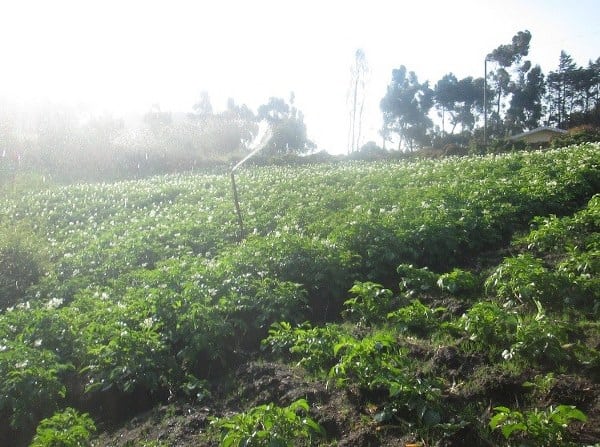 [/one_half]Mme Nkemchop produces 100 to 200 litres of honey per year, which she sells to the Silver Back Company and proceeds are used to carter for her children’s needs and the home in general. This exemplary farmer, has also used proceeds from apiculture and other agricultural activities to set up a grocery store where she has employed one of the community members to control.

Drawing inspiration from the success of Mme Nkemchop, the Coordinator of the Access and Benefit Sharing (ABS) Initiative at ERuDeF, Mr Akumbu Ebenezer, encouraged farmers, especially women, to invest in bee farming as the activity is very lucrative.

He urged farmers to indulge in large scale cultivation of food crops like Irish potatoes, carrots and others, so as to implant bee hives around their farms. This according to him, provides far reaching benefits than the traditional system of farming.