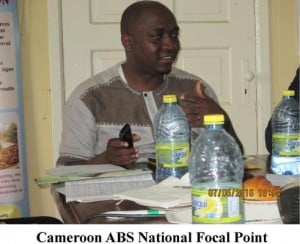 Cameroon Access and Benefit Sharing (ABS) National Focal Point at the Ministry of Environment Protection of Nature and Sustainable Development (MINEPDED), Lemnyuy William, has hailed the Environment and Rural Development Foundation (ERuDeF)’s efforts in the implementation of pilot ABS projects in Cameroon.

He made this declaration during an ERuDeF- ABS Technical Meeting, July 06, 2016, at the ERuDeF Head Office in Buea.

Aimed at assessing ERuDeF’s progress in ABS implementation since 2012, Lemnyuy said ERuDeF’s achievements have greatly contributed to Cameroon’s success in implementing the Nagoya Protocol on ABS.

“Thanks to ERuDeF’s success in co-financing the bottom-up approach to ABS in her project with UNDP-GEF Small Grant Project, Cameroon now enjoys international recognition” he said.

On her part, the ABS Initiative Coordinator at ERuDeF, Kenmene Lea Alida, disclosed that ERuDeF has achieved a lot since the introduction of the ABS initiative.

“Since ERuDeF’s involvement in the ABS Initiative, 2 pilot projects have emerged; the valorisation of the ABS Echinops giganteus Project in Mount Bamboutos, which is at its final stage, and the launching of the ABS Mondia whitei project in Lewoh-Alou Subdivision, Southwest Cameroon” the Project Coordinator expounded.

These successes according to the CEO/President of ERuDeF, Louis Nkembi, have not been without challenges. “Since the initiation of the ABS initiative in 2012, tribal differences and lack of knowledge from communities have hindered the implementation of some projects. Local authorities sometimes denied ERuDeF access to project sites because they thought the Organisation was enriching itself at the expense of the local communities” Mr. Nkembi added.

Reacting to this, the Regional Delegate of MINEDEP, Set Ekwadi Songue, encouraged ERuDeF to keep pushing ahead with her projects and not to back off. He reassured government’s support to the organisation.

“When you face all these challenges, come back to the government”, the Regional Delagate recommended.

Presenting the ERuDeF ABS Strategy, Ms Kenmene, explained that the global objective of the project is to complement and re-enforce the National ABS Strategy in Cameroun through research, training, and promotion of value chains and traditional knowledge of genetic resources. 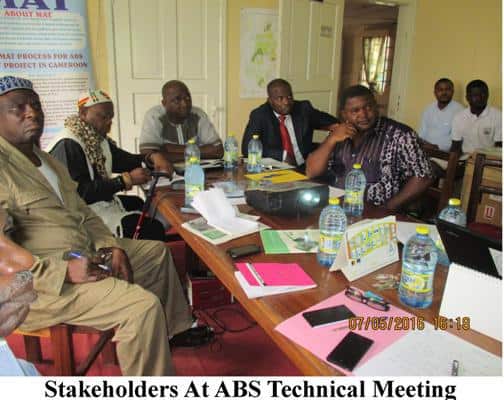 She said the project seeks to build local and institutional capacity as well as create awareness on ABS at all levels. This according to her will be carried out through screening and sensitization campaigns on biodiversity and related traditional knowledge in and around protected area and biodiversity hotspots, while promoting value chains of selected genetic resources identified at national and international markets.

Meanwhile participants during the meeting unanimously agreed that there was need to make the initiative more visible. The Divisional Delegate of MINEPED, Kanyimi Ihimbru, proposed research done on the initiative be published on international journals to give it international visibility.

Meanwhile, the Focal Point called on ERuDeF to collaborate with the government in carrying out a survey on Non Timber Forest Products exportation and research on the traditional use of all ABS species.