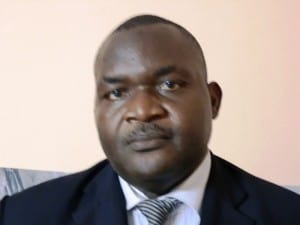 Members and staff of the Environment and Rural Development Foundation (ERuDeF), woke up to the shocking news of the passing away of one of the Organisation’s Board of Trustees, members, Francis Leku Azenaku. He was reported dead Sunday February 12, 2017 at the Yaounde University Teaching hospital, after suffering from a brief illness.

The workaholic board member who doubles as the Director of Regulation and Quality Control of Inputs and Agricultural Products in the Ministry of Agriculture and Rural Development, has served in ERuDeF’s Board of Trustees since 1999, when the Organisation was founded. Prior to his death, he served as the Vice President of the ERuDeF.

News of his passing took many by surprise especially as he was very active even at the point of death. Many describe him as a calm, soft spoken, gentlemen from Wabane, Lebialem Division of Southwest Cameroon.

According to the President and Chief Executive officer of ERuDeF, Louis Nkembi, Francis Leku, has contributed greatly to the growth of the Organisation. With a subtle tone and lamentation of the heart, the ERuDeF boss said the decease shall be highly missed by the Organisation.

“He has greatly contributed to the growth of the organization since its inception. We seriously cry and regret his loss… His demise has created a huge vacuum in our hearts. We will forever remember him…Adieu colleague,” Mr. Nkembi lamented.

Another former colleague and friend to the decease, presently serving as Director of Programmes in ERuDeF, George Nkemka, said late Leku Francis inspired most of his achievements today. He recounted the palpable moments shared with the deceased.

“I knew Mr Leku as far back as 1995 when he was subject matter specialist at the Delegation of Agriculture in the Southwest, while I held same position in the Mamfe. So we met in a workshop in Limbe. That’s the very first time I knew him. He was later appointed as Director of Community Development

School in Kumba, while I served as Regional inspector for PVNR in Manyu and Lebialem. And so we met on many occasions and shared wonderful moments. He was later appointed Delegate for Agriculture and Rural Development for Southwest, while I also served as Regional Chief of Statistics in the same Delegation. We worked together and made great strides in the Agricultural landscape here in the Southwest Region. We were finally separated when he was appointed as a Director in the Ministry of Agriculture in Yaounde. His death came as a great shock to us, but we wish him well in the world beyond,” George Nkemka said.

His mortal remains will be removed from the Yaounde Hospital Mortuary, Friday March 3, 2017. He will be taken to Wabane, Lebialem Division, where he will be laid to rest, Saturday March 4, 2017.

Late Francis Leku is a holder of a Bachelor’s Degree in Agricultural Engineering, and Masters in Water Resources Management.

He leaves behind a wife, and four children.

May the Soul of Leku Francis Rest in Perfect Peace.