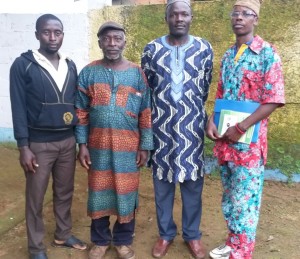 [/one_third]The pioneer executive to drive the Forest Protection Fund (FoProF) of the Environment and Rural Development Foundation (ERuDeF) in Mak-Betchou has been established. The executive was constituted during a maiden assembly that took place in the Essoh-Attah, November 4, 2017.

The elected positions included, the President, Vice President, Secretary and a Treasurer.

Speaking shortly after his election, the pioneer president, Mr. Morfaw Maculey Fonkeng, said he will use his tenure to build a solid foundation for FoProF in the respective areas.

“I am very happy to be part of the executive board of Forest Protection Fund for Mak-Betchou. The creation of FoProF Mak-Betchou will go a long way to support Village Conservation Committees who sometimes have insufficient funds to carry out their activities. I shall use my tenure to carry out a lot of ground level sensitisation, and also to bring as many people as possible on board,” Fonkeng Morfaw said

Prior to the elections, the Conservation Finance Officer of the Environment and Rural Development Foundation (ERuDeF), Njang Quddus, drilled participants on the modus operandi of FoProF. 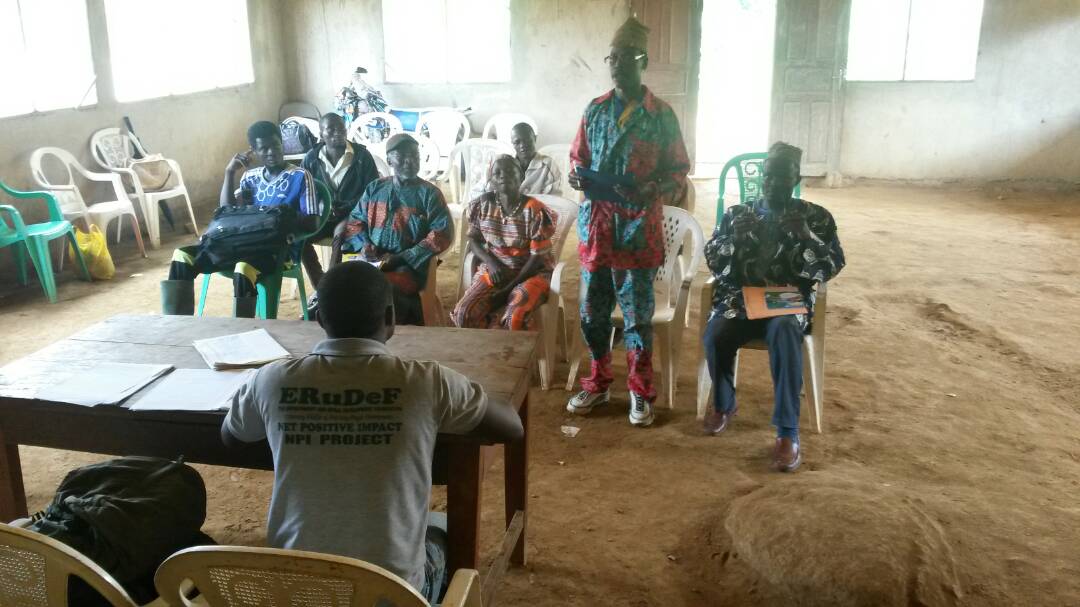 After the election of the Management Committee, the Articles of Association was read by the Director of Conservation at ERuDeF, Mr Allen Tabi. In the course of reading the Articles sufficient responses were given to queries raised. All present, adopted the articles of association.

The participants were drawn from the Traditional Council, Village Forest Management Committees, Women Associations and Biodiversity Community Trust of Essoh-Attah, Lebang, Njoagwi and other communities in Nkongho-Mbo.

The Forest Protection Fund is an initiative of ERuDeF for the sustainability of conservation activities. The meeting was organised by ERuDeF with the support of Rainforest Trust-USA.