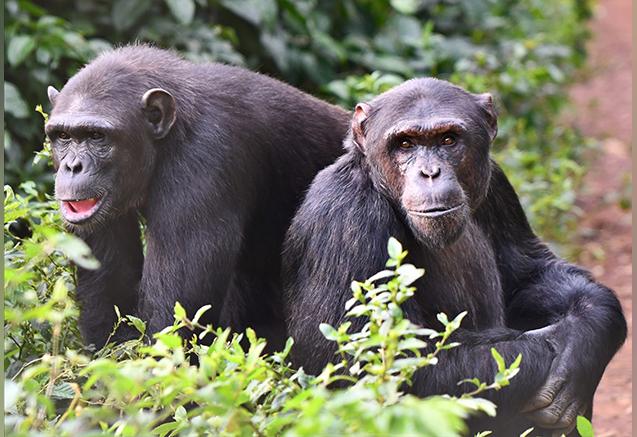 Another shocking alarm was raised of recent, with scientists predicting the extinction of polar bears in the Artic circle by the end of the 21st century.  The study published in Nature Climate Change indicates that a majority of polar bears will likely experience reproductive failures by 2040 if Green House Emissions were to stay on their current trajectory. This prediction is backed by the fact that polar bears depend on sea ice and the projected loss of ice due to human-driven climate change will lead to their extinction.

The shocking revelation of the extinction of polar bears is part of a larger problem; many species are being extinct. If conservation efforts are not redoubled and urgent climate change mitigation mechanisms are not put in place, many species will go into local extinction even before the end of the century.

Observed on July 28 every year, the World Nature Conservation Day acknowledges that a well protected and healthy environment is the foundation for a stable and productive society for generations to come. It is incumbent on us to protect and sustainably managed our natural resources for present and future generations. Due to the depletion of natural resources and the imbalance in the ecosystem, humanity remain vulnerable to risks like natural disasters, global warming, various diseases, COVID-19 being one of the many.

IUCN reports that 32,000 species are threatened to extinction. Deforestation continue to rob many species of their habitats. The “bush meat” market is saturated; green house emissions are on the rise as the human race strive to survive. The result of this is climate change that is staring us in the face.

The Cross River Gorilla is at the brink of extinction with only about 300 remaining in the wild. The increasing isolation of species will also lead to local extinction as protected areas and biodiversity hotspots become isolated and engendering inbreeding.

The UN chief  is quoted as saying “It seems that humanity has just forgotten just how much we need nature for our survival and wellbeing…all civilizations have been and continue to be built on the use of wild and cultivated species of flora and fauna, from the food we eat and the air we breathe”.

The Environment and Rural Development Foundation, ERuDeF continues to widen her conservation efforts across Cameroon. With the recent launch of the Deng Deng-Belabo Conservation Corridor Project in Easten Cameroon, ERuDeF will in the next 15 years assist in the protection and conservation of the endangered Western Lowlands Gorillas likewise the endangered Central Chimpanzees. Other species that will benefit from this project include but not limited to endangered white bellied pangolins, vulnerable leopards, the near-threatened forest Buffalos African forest elephants etc.

ERuDeF has also redoubled her efforts in protecting and conserving the critically endangered Cross River Gorilla and the endangered Nigeria-Cameroon Chimpanzees amongst other species in the Lebialem Highlands. The Lebialem Highlands Initiative, Southwest Cameroon, launched in 2020 will run through to 2035. The entire initiative will conserve and protect species over a total land area of 130,000ha.

The ERuDeF Chief Executive Officer, Louis Nkembi continues to commit ERuDeF to lead national conservation efforts in Cameroon and Central Africa sub-region to ensure that no efforts are spared to save species and their ecosystems. “ERuDeF is committed”, ERuDeF Chief Executive Officer remarks “to restoring 3million hectares of degraded rainforests and managing over 500,000ha of protected areas in the next 15 years”

Conservation efforts continue to be hindered by the rapid global population growth in the world. Conflicts and wars have driven many to the wild who are now fighting for space with wild animals. Human driven climate change is also affecting and seriously threatening thousands of species. Deforestation, that has robbed many species of their habitats, like never before is on the rise. Wildlife trafficking worldwide is also experiencing an upward trend. All the above factors continue to hinder the the works of conservationists around the globe. That notwithstanding and borrowing from, Mahatma Ghandhi, “Earth provides enough to satisfy every man’s need, but not every man’s greed”. Our insatiable exploitation of natures capital has put us where we are today, but it is not too late to reverse the situation. Happy World Nature Conservation Day 2020!!!