African ‘Forest Gardeners’ on the Brink of Extinction

African ‘Forest Gardeners’ on the Brink of Extinction 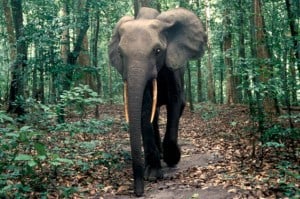 [/one_third]Deep in the forests of Mt. Cameroon National Park live the last tribe of ‘forest gardeners’; the African forest elephant (Loxodonta africana cyclotis). Only about 178 individuals of the near-isolated and threatened elephant species survive in this region. On the whole, less than 100,000 forest gardeners remain from a population of approximately 700,000.

The creation of Mt. Cameroon National Park was a conservation triumph. But with corresponding pressures exerted by humans still a major handicap, the very splendid initiative of conserving this unique ecosystem with focus on the forest elephant will be like barking at the moon. The 41 villages adjacent to the park would also have been plunged into even more desperate straits. And if the remaining forest and elephant habitat are to be fully protected for posterity, efforts would have to go beyond drawing up the boundaries through elephant tagging, drinking points, wildlife surveys and poaching signs.

The story of the forest elephant started over an estimated two to seven million years ago when they ‘detached’ from the bush elephant, say DNA studies. Today, the forest elephant is a threatened species whose population diminished alarmingly at more than 50 percent in the last nine years. This alarming loss is attributed to poaching.

In 1990, the African elephant was added to Appendix I of the Convention on International Trade in Endangered Species, occasioning an international veto on ivory trade and other elephant products. The ban did little to curb poaching, which continued unabated causing the death of innumerable elephants.

The consequences of poaching were exacerbated by the rapacious logging industry in the Central African region – Cameroon, Gabon, Central African Republic, DR Congo, and Gabon – which created access roads into the forests and facilitated poaching expeditions for ivory. Increasing human populations, high competition for resources, conversion of more forest for agriculture and absence of effective law enforcement are other threats to the survival of the African forest elephant. And because of the dense vegetation in which they live, it is difficult to observe their population through traditional methods of monitoring and tracking.

Why Bother About Elephants?

The forest elephant was not nicknamed forest gardener for nothing. The world’s largest land animal feeds on leaves, fruits, and barks of trees and is among the most formidable tree planters on earth! What better reason is there then not to bother about this balancer of the ecosystem?

Forest elephants play a very important role in dispersing the seeds of some tree species after ingesting and excreting them, sometimes at very long distances. The elephants thus, cultivate forests. They disperse seeds of tree species like Balanites wilsoniana and Omphalocarpum, which are almost entirely dependent on the mammals for germination.

Co-author of a paper on African and Asian elephant seed dispersal in Acta Oecologica, Ahimsa Campos-Arceiz, says, “Elephants consume and disperse lots of Balanites seeds, that no other animal disperses these seeds.” He adds, “African forest elephants are the ultimate seed dispersers -they disperse vast numbers of seeds of a high diversity of plants in a very effective way… Asian and African savanna elephants also disperse many seeds but seem to be less fruit-eating.”

According to a study carried out by Dr. Stephen Blake, formerly of the Wildlife Conservation Society (WCS) and now of the Mac Planck Institute for Ornithology, “forest elephants consume more than 96 species of plant seeds and can carry the seeds as far as 57 kilometers from their parent tree.”

Studies have also proved that the rate of seed germination of many forest plant species increases significantly after passage through an elephant’s alimentary canal. The loss of elephants would also mean the disappearance of some tree species and large portions of forests along with their intrinsic resources that favour humans.

The Mt. Cameroon National Park, which was created on December 18, 2009 through Decree No. 2009/2272/PM, falls within the IUCN Category II protection status. It is 58,178 hectares in area and constitutes a biodiversity hotspot rich in diverse flora and fauna. It is a core conservation zone considered to be the breeding bank for wildlife (elephants, chimpanzees, drills) and flora like Prunus africana as well as other endemic species.

“More than three years after elephants were collared at Mt. Cameroon, no other proper monitoring has been carried out,” says Ngueping Samuel, Deputy Director of the ERuDeF Institute in Buea.

In a country estimated to have some 20 million people, the approximate density of 39 people per km², an annual growth rate of 2.7% and with most of the population still existing largely on natural resources (wood and other forest products, wildlife and farming), it follows that these activities exert enormous pressure on the non-elastic land area. Consequently, humans would clash with the interests of the animals within the park, especially elephants. 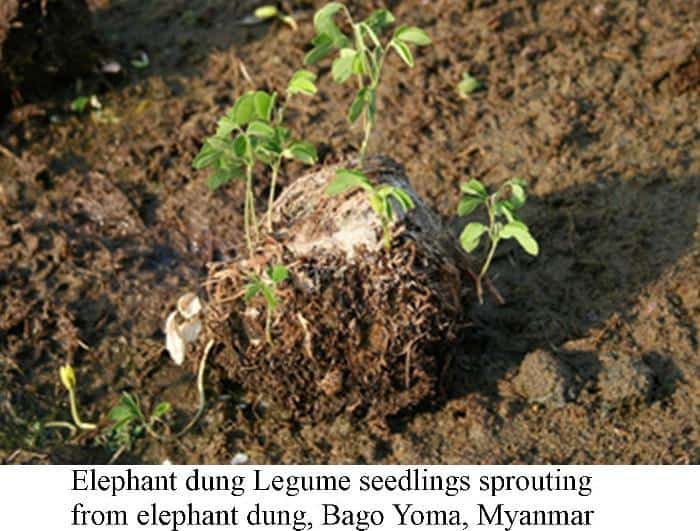 [/one_third]Following the footprints of animals in dust, mud, and sand are some of the oldest known methods of identifying the presence of animals in an area, Counting dung heaps, nests, trails, registering calls, and direct observation are methods also used to determine the abundance of animals. These may still be useful but are old fashioned. In modern times, monitoring and tracking animals in the wild have been more efficient by the use of sophisticated but easy to use gadgets such as remote triggered photographic camera, which has become very popular with ecologists, scientists, researchers, and conservationists. Camera traps, therefore, offer a more reliable technique for rapid assessment of species richness and abundance, which are crucial in determining conservation priorities. This method is known to be proficient for inventories, especially of secretive animals.

With funding, ERuDeF could monitor and establish patterns of elephant migration, gather clues on the impact of humans on this landscape and the elephants and monitor ongoing changes.

“With the camera traps, we could monitor the region as never before,” says Messape Derrick, ERuDeF Programme Officer, “knowing how, when and where the elephants migrate is the first step. Once we have their pattern marked out, it would be easier for foresters armed with the knowledge gathered through the camera traps to tag the animals.”