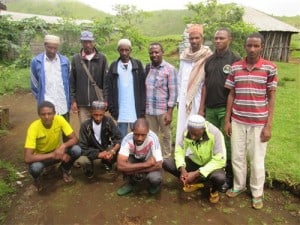 According to the villagers, creating VFMCs is very important in the protection of the wildlife species in the mountain. The villagers urged the government to hasten up so the committees could eventually go operational.

“We are very ready to collaborate with the government to conserve this protected area. What we need the government to stop us from going to the forest for bush meat and provide us with an alternative livelihood source. I am prepared to rear goats as such alternative to promote the conservation of this area,” Chief Njume Manfred of Ebonemin said.

The villagers also indicated that in creating the VFMC, the government is giving the villages the mandate to take control of the conservation of Mt. Muanenguba.

“It is a great step for the Government to involve us in the sustainable use and management of our own resources. This shows that theproject is for our own benefit,”Mr. Njikang Donatus, a notable from Muabi said

Some villagers, especially from the Mbororo tribe, hip a sigh of relief with imminent creation of VFMC as they had been wondering about the management of the mountain. 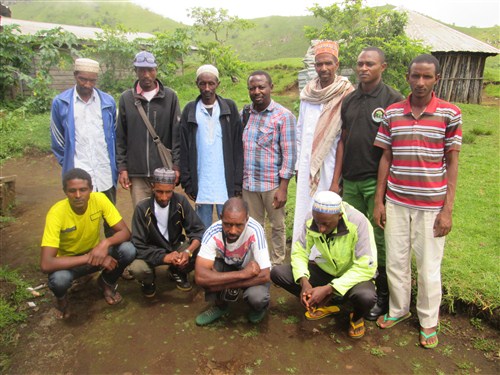 [/one_half]“I thought we will have no say in the creation and management of the Mt. Muanenguba Integral Ecological Reserve, but now, I am excited to see that we will all be involved. We are very happy to participate in this project and give our total support,”Mr. Issa Yaya, external elite from Mbororo Camp 1 & 2 professed.

Speaking during the sensitisation meetings, the Coordinator of the proposed Mt. Muanenguba Integral Ecological Reserve, Stanley Acham, said creating a VFMC is in line with government’s move to put the population at the forefront of conservation activities.

“The full and complete involvement of the population is considered in the new law as an essential condition for the success of the new forestry policy. This participation aims at making the population veritable partners of the state in the protection of environment in general and the forest in particular. Forest conservation will be carried out to an extent that the rural areas will feel fully involved. It is important to organise themselves so they can be able to solve their problems and defend their rights,” Stanley explained.

“They have an essential role to play in putting in place a system for the rational and sustainable use of the surrounding forest. They will act as intermediaries between the forestry administration and the local populations,” he stated

The creation of VFMCs is a veritable way of ensuring the involvement of local communities in participatory management planning aimed at achieving a management plan for the Mount Muanenguba Integral Ecological Reserve when it eventually comes into effect.