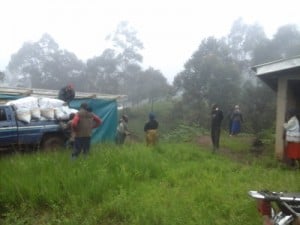 The President of Mt Bamboutos Enterprise Cooperative Society (MoBECoS), Landus Thandus, has testified that the commercialisation of Echinops root has improved on household incomes of many in the community.

He was speaking on the heels of the successful exportation of over 894Kg dried roots Echinops giganteus, mid-June 2017, by farmers, to V. Mane Fils Company in France under the auspices of Environment and Rural Development Foundation (ERuDeF).

Mr. Landus posits that since the inception of this project, the lives of community members have not been the same again.

“This project has greatly improved the livelihood of our members and the Magha Bamumbu community. We have members who have built houses and extended their businesses, thanks to money generated from this project,” Landus Thandus attested.

The Project Coordinator of the Access and Benefit Sharing (ABS) Initiative at ERuDeF, Akumbu Ebenezer, said the urgent demand for the roots (genetic resources) in the fragrance and pharmaceutical industries in France and the United States of America, warrant supplies at high quantities. 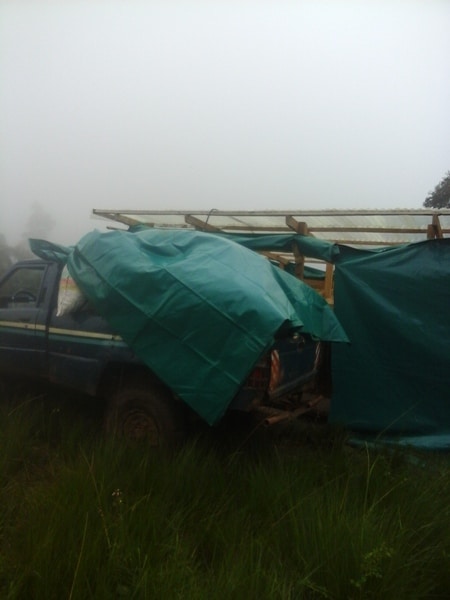 Akumbu added that according to the ABS principles, the V. ManeFils Company, that is currently using the genetic material to produce useful products in France, would plough back the profit that will be generated after the sales of the products, to the Magha-Bamumbu community.

“The profit generated from the commercialisation of the end-product, will be shared equitably with the local community (provider), and V. Mane Fils (potential user). This will go a long way to sustained and improve the livelihoods of the community concerned,” commented the ABS Project Coordinator.

Meanwhile, the Magha-Bamumbu community, have in order to boost supply, underscored the need for a vehicle that will aid in roots transportation.