Three new threatened tree species have been identified in the Mount Cameroon area. The species Cola suboppositifolia, Oxanthus montanus and Draceana bueana all species classified threatened by the International Union for the Conservation of Nature(IUCN) were found in the Buassa and Sanje forests in Mount Cameroon in March by a team of Foresters from the Environment and Rural Development Foundation (ERuDeF). 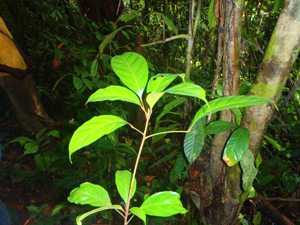 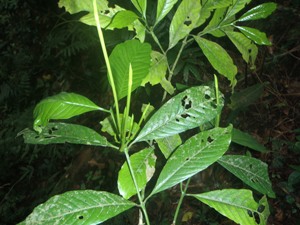 These 3 new species add to the 17 previously identified threatened tree species which ERuDeF has been propagating in order to replace the threatened species which have suffered massive exploitation by humans over the last decades causing their population to reduce drastically. With the identification of these threatened species within Mount Cameroon, ERuDeF in partnership with the Ministry of Forestry will put in place measures to propagate these species as well as ensure their conservation just like they did for the 17 previously identified threatened trees.

Within this context, teams have to trek for days in the forest to identify trees. Difficult terrains are trodden upon to arrive some of these areas where the endangered or threatened species are located. It is even more difficult during the rainy season especially as these areas are inaccessible by car or bikes. Canoes are used to get across to some villages especially when separated by a water body. From Sanje for instance, where one of the threatened trees was identified to Eyenge, access to the forest is by a locally made canoe

At night the team pitches tent and spend nights in the forest.