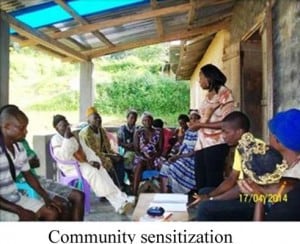 [/one_third]Limited community involvement in the management of natural resources has been identified as one of the principal factors thwarting conservation efforts in the Lebialem Highlands Conservation Complex (LHCC).

This has resulted to habitat fragmentation and deforestation (illegal logging) and species scarcity. 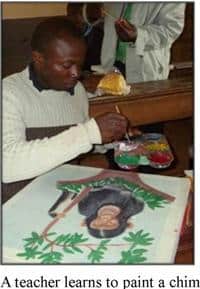 The area is inhabited by people, drawn from different ethnic groups of various origins with hunting, farming, and small-scale logging and Non-timber forest products (NTFPs) collection as principal occupations. These activities are gradually assuming magnitudes that threaten to ruin the biodiversity of the Lebialem Highlands Conservation Complex, especially animals and trees of economic value, due to the high demand for bush meat for protein and timber

[/one_half]Cameroon’s Forestry Action Programme reiterates the need for the protection and management of the afro-montane forests of Cameroon. The LHCC endorsed by government in 2010 represents the last remnants of primary rainforest and montane vegetation across the western slopes of the Bamboutous Mountain and Bamilike Plateau.

Cameroonian Non-profit Conservation Organization, the Environment and Rural Development Foundation (ERuDeF), has been working in this area for the past 16 years, facilitated the creation of the LHCC and the Tofala Hills Wildlife Sanctuary.

This nonprofit organization holds that there is a need to develop a project for the active involvement of community members in the management of natural resources and restoration of the ecological integrity of the area which is the base of their livelihoods.