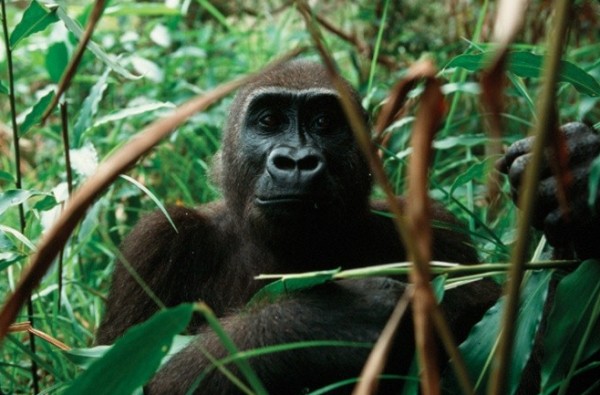 The world is witnessing an unprecedented decline in species numbers, habitat degradation and destruction caused by the unprecedented human pressure being manifested by wars civil strife, famine and poverty.

The increasing composite nature of the human pressure is accelerating the destruction of the last globally threatened species and their last ranges and habitats.

This is characterised by the increasing isolation of protected areas and biodiversity hotspots across all the continents of the world.

In Cameroon, the national non-profit conservation organisation, the Environment and Rural Development Foundation (ERuDeF), has been leading since 2003, the battle to save the last threatened biodiversity species and their habitats throughout Cameroon.

This battle by ERuDeF is manifested through the saving of the last wild places for the cross river gorillas in SW Cameroon, for the Western lowland gorillas in East Cameroon, for the world’s largest frogs in littoral (Mt Nlonako) and SW (Mt Muanenguba), the endangered birds of Mt Bamboutos in Western Cameroon as well as the ecologically fragile ecosystems of Mt Bamboutos and the Adamawa plateau ( ecosystems that supply over 90% of Cameroon’s water and energy), restoration of the endangered Microberlina bisulcata in the Mt Cameroon National Park.

While the role of international Non-Governmental Organisation cannot be over emphasized in providing the overall lead in saving the last threatened species and wild places, their numerical strength has not been able to cause or reverse this the decline of these species nor withstand or stop this rapid continuous decline often leading to the local extinction like the case of the Rhinos recently declared in 2011 in Cameroon to be extinct.

It is at this point that the role of the national conservation organization as well as the impact cannot be neglected.

As the leading national conservation organization in Cameroon, ERuDeF has been pushing the government to realize the need to gazette more protected areas and provide more protection or restriction that will lead to the conservation of the last ranging species of the Fauna and Flora.

ERuDeF is also at the fore front of a new initiative called the Cameroon Corridor Initiative. This initiative seeks to link the increasingly isolated protected areas and biological populations. Such initiatives include; the Tofala Mone Corridor, the Deng Deng National Park Dja Reserve Corridor and the NW Chimpanzee Conservation Corridor.

While protected areas and conservation corridors seek to provide direct benefits to the species and their habitats, the human population living adjacent to these areas, derive substantial benefits from the development of livelihoods and other community development initiatives being introduced in local communities by local conservation organizations.

These benefits are evident in the change of livelihoods and improved incomes of these communities. Statistics gathered from these communities show that, the over 400 beehives installed has in 2016 improved farmers livelihoods by 65% as compared to 35% in 2015, in the palm oil sector, the farmers have had 7,626,000 million increase in their incomes in the last 2 years. Also, out of over 40 women trained in local soap making, close to 30 now depend on it for the upkeep of their families.