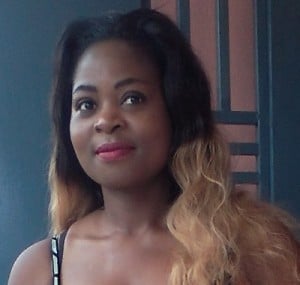 [/one_third]Meet 30year old Prudence Payong Maquise, Director of Agroforestry and Agricultural Development (DAgfAD) at the Environment and Rural Development Foundation (ERuDeF), one of the topmost and privileged positions in the organisation. Miss Payong Marquise elevated at ERuDeF from a very humble beginning some seven years ago, has through patience and determination contributed enormously to the growth of the Organisation.

Prudence Payong was hired by ERuDeF on January 18, 2010 as a junior staff integrated to the Trees for the Future Cameroon programme. Even with a meagre stipend for a probation period of six months, she humbled herself and learned every bit of work that would enhance her growth in the Organisation. As an intern, the workaholic lady pushed through her way to a regular staff, before becoming everyone’s favourite. Her commitments, dedication and determinations, caught the admiration of many, including partners and other colleagues who recommended her to hierarchy for promotion. She was first appointed the Southwest coordinator of Agroforestry projects before moving to West and Littoral Regions, where she created and pioneered Agroforestry project coordination. In June 2016, Miss Payong was promoted to the rank of interim Director of DAgfAD, before eventually appointed, full time director in January 2017.

According to the President and Chief Executive Officer of ERuDeF, Louis Nkembi, the Organisation looks forward to scoring the gender 50-50 parity by 2020. He underscored that from his experience and empirical analysis, women are better conservationists and managers to men. He opined that there’s going to be a time in the world where women are going lead all if not, most international conservation organisations. 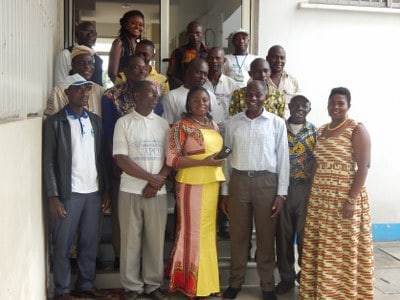 [/one_half]In an interview with the COO, Mm Ursula Nkeng, she said women have successfully driven the goal of ERuDeF to a new level. She affirmed that going by the 2017 International Women’s Day celebrations, gender equality at the place of work is near realisation at ERuDeF. She used the opportunity to send a clarion call to the women at ERuDeF in particular and the womenfolk in general, to be assiduous, committed and determined in every activity they indulge in. That according to her, will skyrocket them to higher heights, placing them at the pinnacle of success.

The 2017 edition of the International Women’s Day, celebrated on Wednesday March 8 across the world, was another opportunity giving the womenfolk to pause and take a look at their achievements while advocating for more from the society. This year’s celebrations took place under the theme “Women in the Changing Place of Work, Planet 50-50 by 2030.”