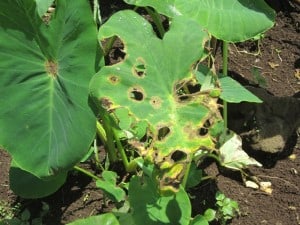 A Trainee of the Institute of Biodiversity and Non-Profit Studies (IBiNS) has succeeded in the first stage of the TVE biomovies the European Bank for Reconstruction and Development Category. Ms Blessing Tata, specializing in Agroforestry won this first stage in August following the announcement by the organisers. Out of a total of 565 proposals from all over the globe submitted for the competition, two were selected (one from IBiNS) in this category to produce films that will easily and efficiently communicate issues about the environment.

The script tells the story of a staple food crop Colocasia esculenta commonly referred to as ibo coco that has disappeared from the South West Region of Cameroon. In the form of a drama, the film condemns poor agricultural practices that have led to soil degradation including the use of chemical fertilizers, herbicides and bush burning amongst others. It proceeds to recommend the planting of nitrogen fixing species like Acacia, Calliandra, Leucaena etc for soil fertility. The film states emphatically that environmental degradation is a call for concern for all, from the young to the old, the poor and the rich, the farmer to the researcher. This is given the fact that everybody is affected directly or indirectly

Reacting to this first stage victory Ms Blessing said “It is such an honour for my script to have been selected from hundreds of scripts. I owe it all to the rich training I acquired from IBiNS”. She explained that without the professional training which triggered creativity, her science background would not have permitted her to come up with the script. “I am not a Journalist, neither am I a writer, but my training at IBiNS has given me the possibility to be diverse”. Ms Blessing went on. The films (14 of them) will be screened at the Climate Conference in Warsaw in December this year and the winner will be announced by December 19th 2013.

TVE biomovies is an annual film competition now in its fourth year to raise awareness on environmental issues.

The Institute of Biodiversity and Non-Profit Studies (IBiNS) is anon-profit professional educational establishment dedicated to the holistic study of the environment. IBiNS is the training and capacity building Division of the Environment and Rural Development Foundation (ERuDeF).