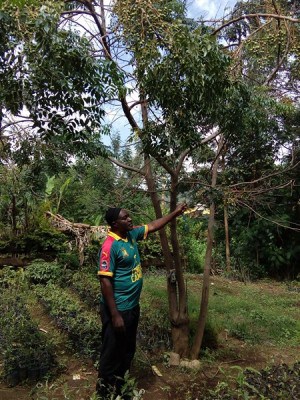 [/one_third]One of the Agroforestry trees species, Neem (Azadirachtaindica), is increasingly being embraced by farmers in the Northwest and Southwest Regions of Cameroon. Due to its high medicinal value, farmers have invested in planting huge quantities of the plants. The farmers attest to the fact that the agroforestry tree species is healing their communities while also improving on their livelihood income.

Johnson Chongwain is an Agroforestry farmer in Fundong, Boyo Division of Northwest Cameroon. Among the many crops he has invested in his over three hectares farmland, he has over 230 Neem trees. The farmer indicated that ever since he diverted his attention to planting Neem trees, he has been reaping great from it.

“My interest for Neem started some five years ago.The benefits are immeasurable. I make money from the sale of the leaves, to the stems, and even the fruits. I make over fcfa 50,000 ($100) from the sale of Neem leaves a year and over fcfa 200,000 ($400) from the sale of Neem seeds and seedlings every year. This additional income has greatly helped me to save some money and erect a beautiful home for my family. My kids are now in the university because I could also save some money for their education.We also consume Neem for medicine,” Johnson stated. 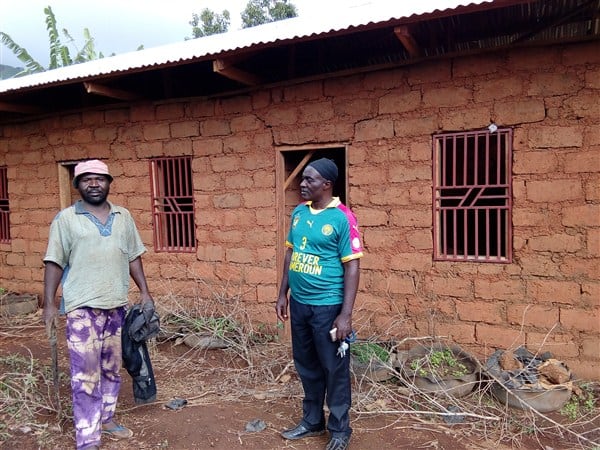 [/one_half]In Ekiliwindi, Meme Division of Southwest Cameroon, Paul Nkwain, a veteran herbalist says he has supplied huge quantities of the Neem plants to his clients all over Cameroon. He attested to the fact that the Neem plant inhabits some strong healing components, which have helped him to cure his patience.

“Neem plant has healing reagents. When I invoke the supernatural powers of the plant, I can be able to cure many illnesses, ranging from chickenpox, skin dryness, menstrual pains, to sexual weaknesses, gonorrhea, and many other STDs. I have planted Neem all over my compound and in my farms. I also sell the seedlings to interested persons,” Paul Nkwain said.

Neem (Azadirachtaindica), also known as ‘dogoyaro,’ is a fast growing and long living tree.It is tall, evergreen with the small bright green leaves. Neem is easily grown in the dry, stony, shallow and clayey soils. It needs very little water and plenty of sunlight. It grows slowly during the first year of planting. The young tree cannot tolerate excessive cold. 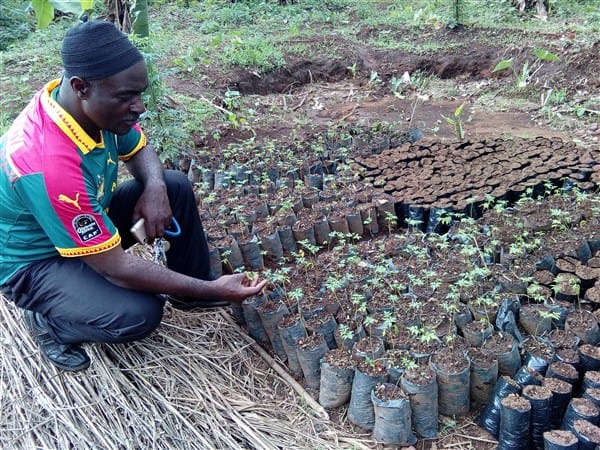 [/one_half]Its importance has gone beyond imagination; Neem produces pain relieving, anti-inflammatory and fever reducing compounds that can aid in the healing of cuts, burns, as well as malaria fevers.Neem oil, Neem leaves and Neem extracts are used to manufacture health and beauty care products like soaps, bathing powders, shampoos, lotions, creams and toothpastes. In addition, Neem is used as a compost ingredient or as a soil amendment.

Growing Neem trees improves the water holding capacity and nutrient level of soils. It can bring acid soils back to natural state; the deep tap root can break through hard layers, mine the subsoil for nutrients and bring them to the surface. Finally, Neem has anti-bacterial properties in them.Neem oil in the western world is known and valued as an effective insecticide.

It is within this great importance that the Neem plant was introduced as an agroforestry tree species to farmers in the Northwest, and Southwest Regions of Cameroon. In collaboration with Trees for the Future, the Environment and Rural Foundation (ERuDeF) has invested in planting over seven million Neem and other agroforestry trees in four regions of Cameroon, the Northwest, West, Littoral, and Southwest Regions.