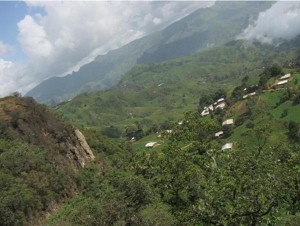 The Mount Bamboutos ecosystem has greatly been degraded due to massive deforestation. Intensive and uncontrolled farming in low and high altitude areas have caused the natural vegetation of the mountain to decline, the springs on the mountain top to dry up, hence, increasing soil erosion. Further compounding these, are unregulated land uses, land use conflicts, severe poverty, unregulated use of natural resources, water crises and food insecurity.

The Mount Bamboutos ecosystem by 1960 was one of the most biodiversity rich mountains in continental Africa with the presence of gorillas, chimpanzees, tigers, antelopes, elephants, birds, amphibians and butterflies.

The 2740 m high mountain conferred to this ecosystem a high degree of endemism and restricted ranges to many of the globally threatened species found there. Fifty seven years down the lane, this mountain once prided among the richest biodiversity hotspots in Africa, has almost completely been degraded with many of the species going to local extinction. Exaggerated anthropogenic pressure has been largely attributed as one of the root causes of the problem. 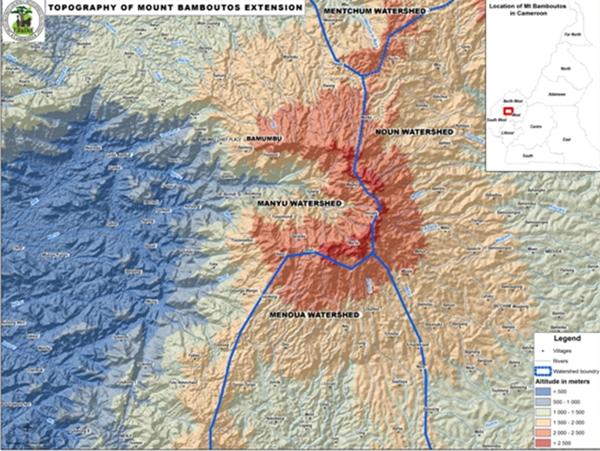 [/one_half]The Mount Bamboutos Initiative (MBI) is a project for the restoration and conservation of the Mount Bamboutos Ecosystem in Western Cameroon. It is a joint initiative of the Environment and Rural Development Foundation (ERuDeF), Cameroon and the International Tree Foundation (ITF), UK in collaboration with the government of Cameroon to support the urgent restoration of the highly degraded ecosystem and biodiversity of Mt Bamboutos.

This Initiative seeks to restore the degraded Mt Bamboutos ecosystem and its biodiversity while improving on the quality of lives of the local and indigenous communities. The project shall run for 15 years in 3 phases of five years. The implementation shall concurrently be mountain-wide and regionally, based on key pilot sites.

Using the regional based pilot approach, one pilot village will be selected from each division within which activities will be launched. All the other villages will progressively be involved throughout the three phases of the project. Five locally based NGOs will be involved with one coming from each of the five administrative districts.

The key beneficiaries of the project are the declining biodiversity and the poor local community members who are farmers, breeders and hunters. Other beneficiaries are government ministries who lack cross regional coordination.

The Initiative runs in three phases. It is hope that at the end of the first phase, populations of some biodiversity species including gorillas, chimpanzees, butterflies and birds are increased to functional levels. This phase will equally induce food security and economic resilience. Meanwhile, about 20,000 ha of the degraded landscape of Mt. Bamboutos will be restored with over 8 million trees planted in riparian forests, community /sacred forests, water catchments, farmers’ fields and biodiversity reserve to support wide ranging ecosystem services. 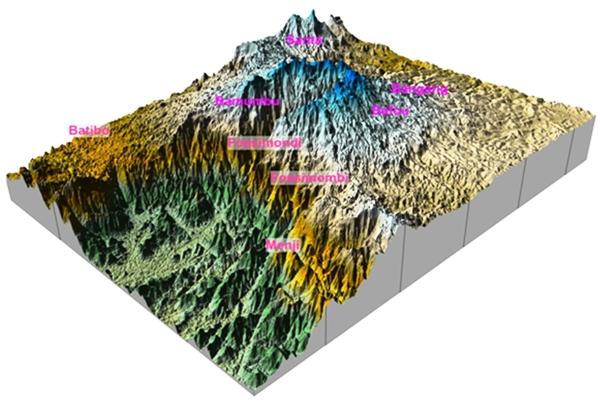 The third phase will see through the putting in place of an integrated conservation and development plan for the sustainable management of the Mount Bamboutos biodiversity reserve, its elaboration and approval. A long term and sustainable funding mechanism implemented and the larger Mt Bamboutos conservation trust fund be established to ensure that the benefits of the Initiative can be sustained in the longer term.

The long term sustainability of the project shall be ensured by establishing a funding mechanism at both the community and larger landscape level in the form of a conservation trust fund.

The project which is expected to begin in January 2018, shall cost the sum of 4.5 million USD. The potential funders for the Initiative are: Tree Sisters, International Union for Nature Conservation, Critical Ecosystem Partnership Fund, Agropolis Foundation, Ardax and Owryx Foundation and Darwin Initiative. 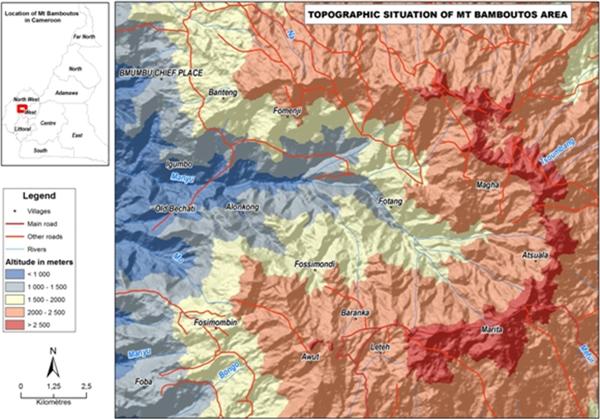 [/one_half]The importance and relevance of this initiative cannot be over emphasized. Urgent interventions are required to address the adverse conditions weighing on the Mt. Bamboutos ecosystem that are seriously affecting the local, regional and national economy of Cameroon. If these conditions are not addressed, then over 5-7 million Cameroonians will be seriously affected and not excluding the energy and water sector that are essential for the industrial development of Cameroon. We believe that if urgent measures are taken to reverse the prevailing situation of the mountain ecosystem, it will not only benefit the local communities upstream, but the entire population of Cameroon and part of Nigeria, directly or indirectly.

The project will restore and protect the biodiversity and ecosystem functions of the mountain, while improving on the standards of living of the local and indigenous communities. The impacts of the project will be felt at the local, urban and industrial levels by agro-pastoral, electricity and water supply industries in Cameroon.

It is based on the significant contributions of the results of the project that ERuDeF and ITF have engaged to develop a 15-year project that will profoundly improve on the human development index of Cameroon and her economy. It will constitute one of the signature projects within the framework of the AFR100 Initiative that Cameroon signed in Bonn Germany in February 2017; to restore over 12 million hectares of degraded lands. The long term track records of ITF and ERuDeF in relation to land restoration, conservation and sustainable human development, place the team as the lead non-profit organisations in this domain in the Central Africa sub-region.