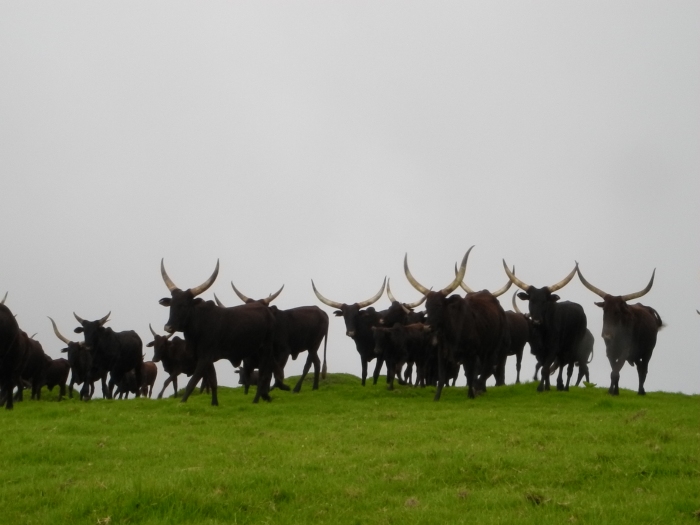 Farmers in the Menoua Division, Western Region of Cameroon have discovered a new way to fight the age long problem of cattle rearers through the planting of agroforestry species in the life fencing technology introduced to them by the Cameroon Program of US Charity Trees for the Future.

A farmer in Batsenjla Village in Menoua Division, Sonkeng Albert having suffered the problem of cattle always invading his farm for over a decade was forced to abandon his 3-hectare land on a hilltop for fear of planting his crops which will later be destroyed by cattle. He shares the same story with his neighbours who have all abandoned vast lands for fear of cattle destruction. However a glimmer of hope came when he encountered one of Trees for the Future’s Technicians for the West Njeukeng Phillipe. In explaining the problem to this technician, the Technician told him “I have the solution to your problem”. Wondering what the solution could be, Njeukeng told him that he could start by planting some agroforestry species such as Acacia, Leucaenia and Caliandra to fence the 3-hectare piece of land. Subsequently when these trees grow up, Njeukeng explained, they would help to block the cattle from entering the farm given the trees are planted tightly-30cmx30cm. In excitement, the farmer who had lost all hopes leaped with joy in his words “I am really happy to have gotten this wonderful advice from the Trees for the Future Technician” 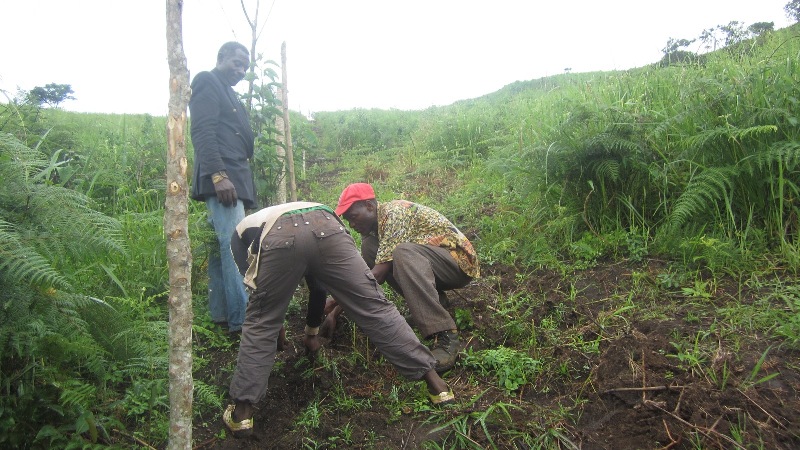 Sticking to the Technician’s advice, Mr. Sonkeng Alber has now planted over 6000 trees species in his formerly abandoned farm and he intends to fence the entire land with trees. He hopes to start cultivating different crops including maize, beans and potatoes in his farm in order to feed his family and generate some income. “I have a very large family and farming is my only source of subsistence. I was already losing hope given that I had to abandon my land for fear of destruction from cattle. With this initiative I can say I have my livelihood back”

The news of Sonkeng’s success story soon went viral and farmers who had abandoned their land are now interested to plant trees as life fence. Another Farmer in Mbile Village, Alex still in the Western Region has adopted the same approach and has now planted over 4000 species of trees around his land. It is worthy to note that after surrounding their land with trees, the Farmers will also move to the alley cropping technology where trees are planted alongside food crops for soil health improvement. The Farmers have thanked the US Charity for such a lofty idea in making their lives better through tree planting.