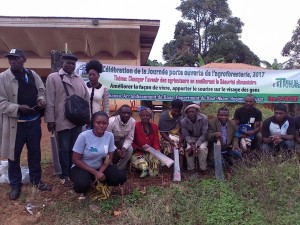 Some 35 farmers from the Southwest and West Regions of Cameroon have been awarded prizes for enormous progress made in the practice of agroforestry. The prizes including spraying cans, cutlasses and others were donated during the just ended Agroforestry Open Day in Bakassa, West Region. Organised under the theme; changing the future of farmers through food security and economic resilience, the Open Day was aimed at sensitising farmers and communities on agroforestry techniques so as to ensure food security and nutritious diet for all. Joyce Mbong While congratulating beneficiaries on their success in the practice of the agroforestry system, the Director of Agroforestry and Agricultural Development at ERuDeF, Prudence Payong, beseeched the farmers to plant more nitrogen fixing trees in their farms to boost production According to the Director, planting agroforestry trees like Acacia, Leucaena, and Calliandra, alongside crops, greatly improves the soil quality, guaranteeing high yields during harvest. She added that adopting agroforestry techniques is another way of contributing to the realisation of the Sustainable Development Goal of “zero hunger”. Miss Payong Prudence implored the farmers to practice sustainable agriculture given that statistics from the Food and Agricultural Organisation’s, states that 805 people out of 9billion worldwide live with chronic hunger with almost 5 million children under the age of five dying of malnutrition related causes every day. “If we get involved in sustainable agriculture, the world will be a better place for all. We need to think locally as well as globally so that we are not caught with famine. 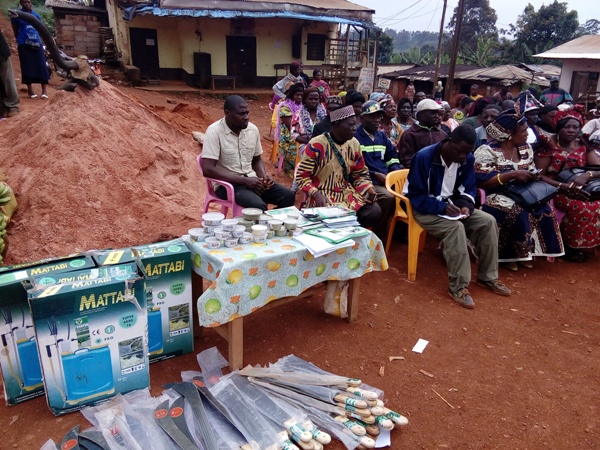 change and its effect on agriculture.With this, we need to adapt to the increasing temperatures and weather related disasters.” The Director added. To ensure the realisation of the Sustainable Development Goal 2 of “Zero Hunger” Participants were schooled on different agroforestry techniques and their importance. Demonstration on the planting of agroforestry trees alongside crops in farmlands, were done in some selected farms. Other activities included creative work of arts, sketch and visitation of exhibition stands. Meanwhile farmers in the West and Southwest Regions of Cameroon, who have implementing the agroforestry system of farming over the years testified of increase in their farm yields. While recounting his success story during the event, a Bakassa based farmer, Joseph Kengne, testified of increase in his cocoa and coffee produce thanks to the agroforestry system. “Since I started planting agroforestry trees in my farm about four years ago, I have been ripping a lot of produce from my farm; my cocoa and coffee produce so well. I planted the agroforestry trees horizontally in my farm to prevent erosion and also planted other like Acacia, Moringa and Lucaena to fertilise the soil. This has greatly reduced the cost of production in my farms. With this technique, I no longer spend huge sums of money to buy fertiliser. Before the introduction of these Agroforestry techniques into my farms, I could only boast of 10bags of cocoa per season but now am able to harvest above 20bags per season,” Kengne Joseph said. 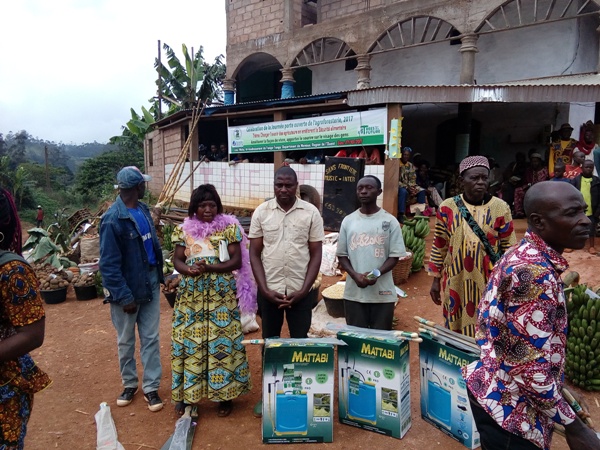